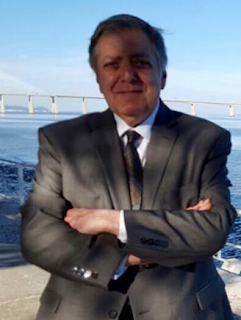 A tenacious campaigner for restitution of his family’s assets in Egypt, Raphael Bigio has passed away at his home in Montreal without seeing justice. His death on Shavuoth was announced by his daughter Gisele on Facebook. The funeral took place on 11 June 2019.

Jewish refugee Raphael Bigio took the Egyptian government to court  for the expropriation of his family’s Coca-Cola bottling works at Heliopolis. The Bigios then took their fight to the US  when they learnt that their assets  had been acquired by Coca-Cola International. The latter avoided presenting factual evidence of their direct involvement in the acquisition of the family’s  real estate assets and factories, pointing to the liability of a subsidiary.

Although represented by the international lawyer Nat Lewin, Bigio seemed to give up the fight in 2011, citing his mother’s death as the reason.