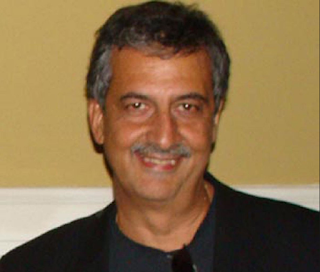 I had a Twitter conversation with Arab-American journalist Ray Hanania on Sunday. It is worth reading.

My tweets are in plain text left-justified, Ray’s are italicized and right-justified.

Jordan’s King Once Again Smears Israel at the UN

It’s about time someone called out Israel atrocities and violations of international law.

You mean Israel is silencing UNHRC agenda Item 7 dedicated to Israel, the hundreds of resolutions at the UN, dozens of your own articles and thousands like them?

No, Ray, it is about time someone put Israel’s actions in context of how EVERYONE ELSE ACTS.

Because Israels’ human rights record compares favorably not only with the Arab regimes but also with other Western democracies, especially but not only  when at war.

While you are to be commended for occasionally calling out Palestinian atrocities and attitudes, you cannot be serious and claim that they get the same airplay as Israeli actions that are far less evil.

So an Israeli soldier who puts a civilian nurse in his sniper scope and kills her from across the border because she is protesting or helping other victims. I guess that “far less evil”? Yikes! You look really bad pal

Compare with any nation at war. In  history. Don’t take out of context. Sometimes bad things happen, I would need to check out the incident, but has that ever happened in France? Spain? UK? US? They’ve done worse and you don’t care.

Selective outrage means that there is another agenda than human rights.

Israel does more to protect civilians among its enemies than any country in history. Prove that wrong and we can talk.

But comparing Israel and only Israel against a standard of perfection is bias, period.

Soon I will write an article on how Israel’s treatment of Muslims compares with that of European countries. Hint: No Burqa bans, no bans on minarets, and very few restrictions on the volume of the call to prayer (comparable to Muslim nations!) Why don’t you write that instead?

Oh yea, but Israelis tend to kill more Muslims than Europe. Well, at least the victims can wear their hijabs when they are shot to death?

Ray, again, you are proving you are no journalist. Independent groups say as many at 10,000 killed in allied airstrikes against Syria and Iraq. voanews.com/a/us-led-coali…

Compare the transparency on Israeli investigations on unintentional killings in Gaza with US/EU investigations in Syria/Iraq. No comparison. But you don’t want to compare, because context is your enemy. Only sarcasm. Keep proving that facts don’t matter to you.

“Transparency”? Israel CENSORS Journalist reports inside/ outside, & expels journalists who violate the censors. Ask family of Abdel Fattah al-Sharif murdered by Israeli soldier Elor Azaria about transparency. Israel punished the person who videotaped it. Facts don’t matter to u

Once again, you compare Israel against perfection rather than against other Western democracies at war. Which I mentioned earlier in this thread. Which is proof of bias, Mr. Journalist.

How you close your eyes to murder is really appalling and so unJewish, inhumane and really terrible. So you think it’s ok that Israeli soldier snipers shot to kill protestors on the Gaza side of the border? Wow!

No. I’m saying that when the IDF denies targeting civilians I believe them over you who assumes they are. Because if they wanted to kill civilians, there were be tens of thousands dead.

You call them liars. I call you a liar. Who has more proof?

And of course you ignore my main point that Israel compares better than any other country. Do you claim otherwise? You are a journalist, Ray – do research and dig up facts rather than point to isolated accidents as proof of Israel’s evil.

It’s very un-Christian of you.

I have NUMBERS on my side. Every Friday Israeli snipers shoot, kill civilians but you look at Christians and Muslims as not being human or equal. That’s apartheid racism. I feel like I am back in 1980s arguing over SouthAfrica Apartheid. Same responses. All u have is namecalling!

Please, Ray. Did you look at the videos of last Friday’s “peaceful protest” complete with hand grenades?

You can’t win on facts, Ray. You haven’t disproved a single thing I have written. Including that the IDF doesn’t target civilians.

Hamas puts civilians at the fence. Children. I have video. You cannot deny it. Israel tries to avoid killing civilians. You cannot deny that either because the casualty count is so low for tens of thousands at the border.

So you have yet to disprove anything I’ve said.

I have to go now. I’ll make a blog post and I promise I’ll keep all your words intact. I challenge you to do the same for me in an article.  If you are so certain that you are right.

Me too, Thanks. But, I DON’T Believe the Israeli soldiers when they say killings were accidental or the victims were engaged in terrorism. That’s a lie and an excuse & u know it. I ALWAYS speak out against violence on BOTH SIDES. When have u ever denounced Israeli violence?

As far as believing the IDF, I have read in detail many of the reports of investigations done my the independent @IDF_MAG_Corps and have been blown away at how meticulous they are. Have you ever read one of them and found something incorrect or missing? If you have, PUBLISH IT.

Amnesty and HRW don’t bother to read them. They just look at the conclusion, say “whitewash,” and you believe them. I have yet to see a single substantive criticism. So don’t tell me IDF soldiers wantonly target civilians. It is a lie and a libel as a blanket statement.

Amnesty is one of the most reputable human rights organizations in the world, until they started criticizing Israeli practices and killings, and suddenly they are bad. So hypocritical.

If you are interested, I can prove Amnesty’s bias against Israel beyond any doubt. Start here:  Their “Gaza Platform,” still online, contains HUNDREDS of lies (fake “civilians” Hamas admits were fighters) and they STILL refuse to correct it.

Read my research on it, contact Amnesty and demand that they update their figures. Then I would believe that you care about the truth. (Or disprove my research. Good luck.)

Here’s one place where I unequivocally condemned the unjustified murder of a Palestinian youth.

But for the record, I want to make it clear that I want Israeli human rights to be even better than they are now. But not at the expense of the security of Israel’s own citizens.

There is always room for improvement. That is not proof of being evil. Not even close.

So my question for you is, why don’t you show some intellectual honesty instead of joining on the bandwagon to demonize Israel for things that EVERY OTHER WESTERN DEMOCRACY does without a word from hypocrites like you?

When so many do this so consistently, with only the Jewish state being so targeted, it sure feels like antisemitism.

And claiming that no one talks about supposed Israeli crimes is simply ridiculous.

You have yet to address my specific issues.

I’ll make it clear, Ray: Saying that Israel, and only Israel, must come under extra scrutiny and criticism while EVERY OTHER NATION acting worse gets a virtual pass proves double standards. A grave violation of your supposed journalist standards.

He could not answer anything I said about double standards applied to Israel and only Israel.

He could not answer about his absurd implication that no one stands up for Palestinians when the world is obsessed with supposed Israeli crimes.

He could not admit that I have indeed spoken out against crimes by Israelis.

He could not admit that he was very wrong in his claim that Israel kills more Muslims than Europeans have. (Of course there are far more wars than the ones I mentioned.)

He could not provide proof that Israeli soldiers target innocent civilians.

People who are anti-Israel hate context. Israel must be compared to a standard of perfection, and always will fall short. Every single shortcoming is given as “proof” of Israeli evil, while every other Western democracy at war acts worse – higher percentage of civilian deaths, less transparency in their investigations, less independence in their investigations, less tolerance for Muslim minorities. But they aren’t judged to the standards Israel is.