Ghunaimat had trampled on the Israeli flag during a visit to Amman’s trade union headquarters, where a Jordanian government meeting was held.

The trade union headquarters in Jordan stuck an Israeli flag at the entrance to its offices, inviting passersby to step on it on their way inside, a deep insult in the Arab world.

Prime Minister Omar al-Razaz entered the road through a side entrance, thus avoiding the Israeli flag.

More than one minister, as well as the mayor of Amman, deliberately stepped on the Israeli flag painted on the floor. 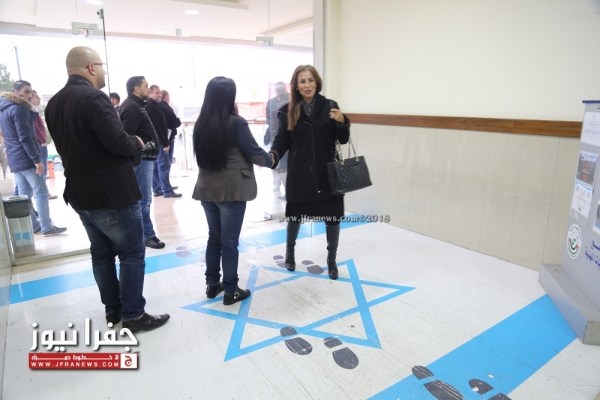 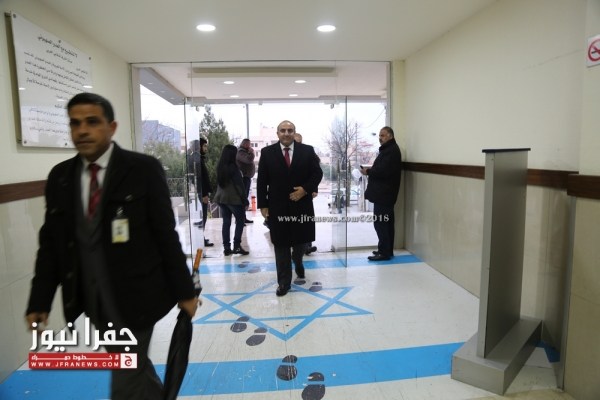 Al-Razaz’s decision to avoid stepping on the Israeli flag has angered Jordanians. Here he is going in through the side door. 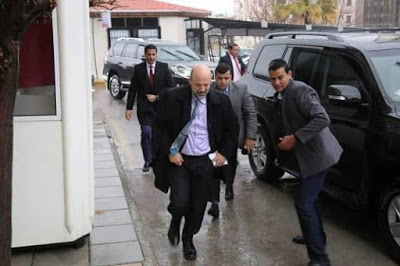 Members of the trade union and Jordanian media were upset at their leaders that allowed Al-Razaz to enter through the side door, wanting them to force him to publicly renounce Jordan’s ties with Israel.