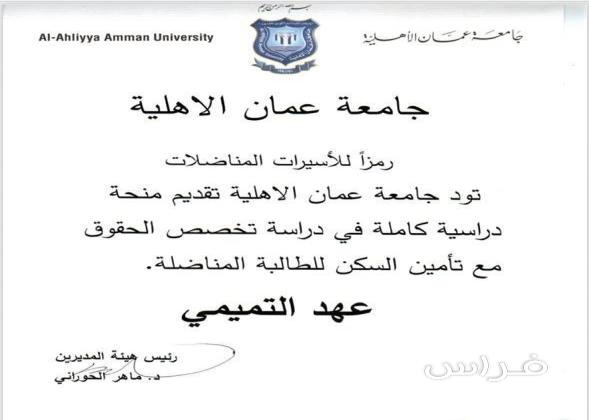 Amman University has offered a full scholarship to Ahed Tamimi, recently released from Israeli prison for attacking a soldier.

The invitation was offered by the head of the university’s directors, Dr. Maher Hourani, on Tuesday, to attend their law school.

Tamimi had said that she wanted to study the law so that she could prosecute the Israeli occupation before international courts.

According to Jordanian media, Hourani said that the university also decided to offer free housing to “Shirley Temper.”

Jordan already hosts and protects Ahed’s cousin, the terrorist Ahlam Tamimi, who was responsible for the Sbarro pizza massacre and who the rest of the Tamimi family openly admires and supports while they tell gullible Western media that they support only non-violence.