A cartoon in Jordan’s Al Ghad shows that even today, Jordan is worried that it will be forced to become the Palestinian state, as some right-wing Israelis have suggested over the decades. 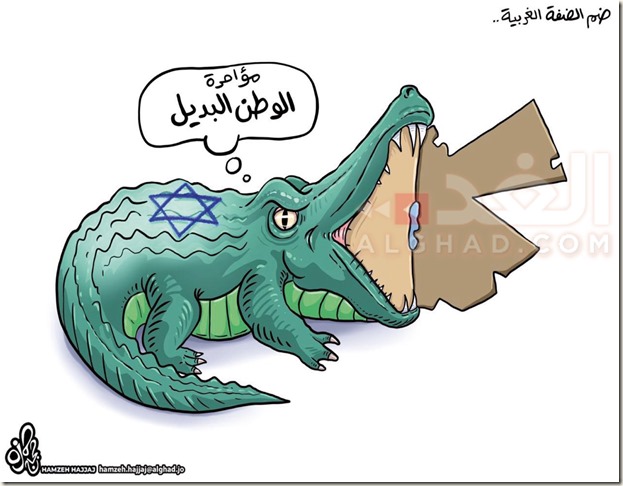 The caption says “Annexation of the West Bank” and the Jewish crocodile is thinking that Jordan is the “alternative homeland” for Palestinians.

Of course, Palestinians are widely regarded to be the majority in Jordan and if anyone who pretends to be pro-democracy would insist that the model be applied to Jordan, then Jordan would indeed become the Palestinian state. Jordanians are understandably dead-set against the idea because they remember the last time Palestinians tried to take over the Kingdom in 1970 and the Palestinian who assassinated King Abdullah I in 1953.

Notice that the artist has the Jewish crocodile eating all of Israel, implying that none of it belongs to Israel even today.