Rai al Youm has a paranoid article about how Jews want to take over Jordan.

On Sunday, Jordan struck down a bill that would have theoretically allowed foreigners to purchase land in Petra. Jordanians are deathly scared that Jews will buy land there and somehow transfer it to Israel.

The author, Ahmed Abdul Basit Rajoub, mentions the filming of “Jaber” that was shut down last year because Jirdan found out that the movie implied a Jewish history in Petra. It mentions that Jews visit the mountain said to be the burial site of the biblical Aaron, and how terrible that is.

Rajoub argues that there is no evidence that the Children of Israel were ever in Jordan. In fact, the ancient Jews were nobodies:

Most historians in archaeology and anthropology tend to believe that the ancient Jews in the East are Arab tribes that were Judaized. They were pastoral, and practiced usury and the profession of mercenaries due to their particular social situation. They did not know stability, agriculture, city building, or fortresses. …

We are facing a wicked enemy. We must pay attention to every movement he makes, not only in the political field that relates to the Palestinian issue, but rather in the religious, cultural, touristic, etc. areas from which he crept to consolidate his allegations, his lies, to implement his plans.

Indeed, Jordan’s archaeological sites regularly erase any Jewish connection out of their paranoia and hate.

One of the less traveled tourist sites there is Machaerus, a fortress  originally built by the Hasmonean king Alexander Jannaeus around 90 BCE, destroyed but later rebuilt by Herod the Great in 30 BC as a military base.

This is the sort of thing that Jordan doesn’t want the world to know. 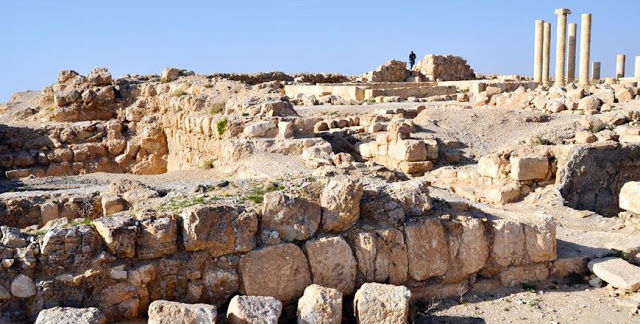 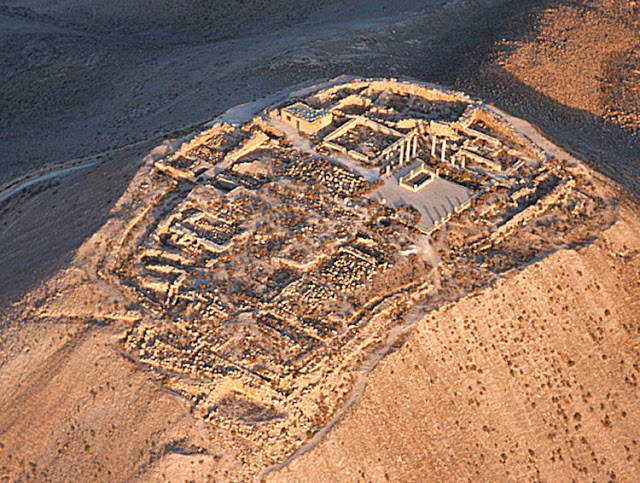