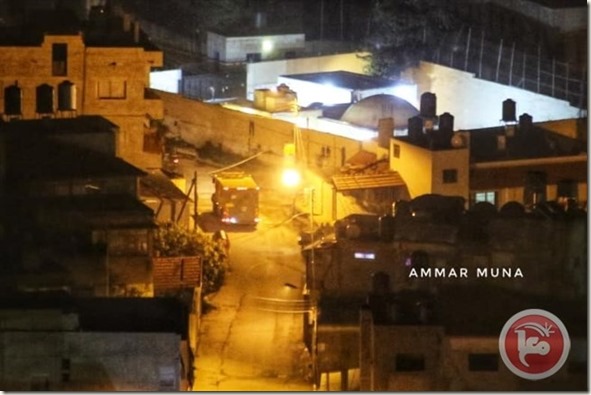 A couple of times a month, busloads of haredi Jews travel in the middle of the night to visit the site known as Joseph’s Tomb in Nablus (Shechem.)  They are accompanied by IDF troops to keep them safe.

Every time, the Arab youths of Nablus greet the buses and soldiers with stones.

Last night, the busloads came – but no stones.

According to Ma’an, the Palestinian Arab guards of the holy site were surprised by the 2:30 AM visit. They had not been informed ahead of time as they usually are, because the Palestinian Authority has been severing all security cooperation with Israel.

The guards decided to leave the area so as not to inflame the situation with the IDF, knowing that this is a fairly regular occurrence.

The worshipers entered quietly and prayed for several hours, as they always do. Only when they returned to the buses and left did Arab youths throw a few stones at them.

The only difference this time is that the Palestinian security forces did not know about the visit ahead of time. Which means that every other time, someone in PA security told the local hotheads about the visit beforehand so they could be ready to throw stones at the Jews!

This time a few youths were woken up in the middle of the night – again, no one but night owls and the PA security forces knew about this visit at that point – so they could organize a token attack.

If this is what happened, it means that the PA security forces (or at least one of them) is actively working to support throwing potentially deadly stones at Jews who only want to worship at a holy site – as is their right under existing agreements.

And this all happened during the “security cooperation.”