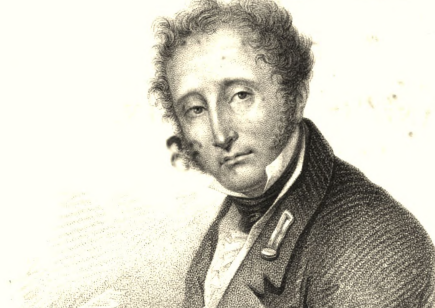 Mordecai Manuel Noah was the United States Consul to the Kingdom of Tunis from 1813-1815, where he rescued American citizens kept as slaves by Moroccan slave owners. He was the first Jewish diplomat for the US. In 1815, US Secretary of State James Monroe fired him from that position, saying his religion was “an obstacle to the exercise of [his] Consular function.”

Noah wrote a book about his travels in northern Africa. His description of the Jews in the area is interesting. He notes that Muslims would treat Jews like dirt in public, but they were very important in running the governments behind the scenes so they could get what they needed.

The Israelites banished from Spain and Portugal by the bigotry of their monarchs, and for which these kingdoms have long since languished and decayed, sought refuge in the Barbary States, in which there were originally but 200,000. They found in Fez, Algiers, Tunis and Tripoli, an immense number of their brethren, originally from Judea and Egypt, many who had descended from the Canaanites that fled from Joshua and settled in Mauritania Tingitania. Such was the fate and the fortune of these proscribed and unhappy people. They wandered with no other king but their God, no other law than his precepts and ordinances ; they bent under persecutions, yet, wherever the intolerance of the times compelled them to go, they found their brethren, with admirable constancy, ready to share with them their fortunes, and, if necessary, to sacrifice their lives for each other. In the Barbary States they found a refuge from the inquisition, from torture and from the auto de fe ; they were compelled to abandon their splendid dwellings and the luxury of wealth, they met from Mussulmen insult and oppression, yet they were tolerated, and they sought consolation in that religion which teaches them to have but one God, to obey his commandments and rely on his protection. They were taught, by the doctrines of their law, to suffer patiently the penance of a loss of national liberty , for a disregard in early periods to the principles of that law, they were dispersed according to the word of God, and in conformity to his promise, they patiently bend to the intolerance of the times, and await the certain period of their deliverance, satisfied, from the well-known and admitted fact, that they have been preserved pure and unalloyed, amidst the wreck of worlds amid the ruins of nature, and that this miraculous preservation must eventuate in their restoration to their ancient rights.— From the most correct data which 1 could obtain, I have reason to believe, that the number of Jews in the Barbary States exceed 700,000, of which nearly 100,000 are capable of bearing arms.

Much has been said of the severe and cruel treatment of the Jews by-Mussulmen, this 1 did not observe ; that they are treated with indignity and insult there is no doubt ; they are compelled to wear a black dress, they are not permitted to pass a Mosque with their shoes on, they pay a heavy capitation tax, and minor insults growing out of a general system and customs long observed. These were predicated on policy : the Moors found an immense and increasing people professing a different faith—active, enterprising, and rich—fearful then of an increase of a confederacy, composed of materials capable of revolutionizing and governing the country, they united to oppress, insult, and yet tolerated them.

An erroneous impression prevails, that the religion of the Jews is an object of hatred to Mussulmen, and the cause of this oppression. This is not the case, because the Mahomedan faith does not materially differ from the Jewish, and their hatred towards Christians is yet more fierce and irreconcilable ; but the Jews have no protectors, they are considered by Mussulmen as abandoned by all nations, because they will not renounce their ancient faith, and yet, with all this apparent oppression, the Jews are the leading men, they are in Barbary the principal mechanics, they are at the head of the custom-house, they farm the revenues, the exportation of various articles, and the monopoly of various merchandise, are secured to them by purchase, they control the mint and regulate the coinage of money, they keep the Bey’s jewels and valuable articles, and are his treasurers, secretaries, and interpreters ; the little known of arts, science, and medicine, is confined to the Jews, there are many who are possessed of immense wealth, many who are poor.

How then is it that these people, so important and so necessary, should be so oppressed ! The fact is, this oppression is in a great measure imaginary. A Turk strikes a Jew, who dares not return the blow, but he complains to the Bey and has justice done him. If a Jew commits a crime, if the punishment affects his life, these people, so national, always purchase his pardon ; the disgrace of one affects the whole community j they are ever in the presence of the Bey, every minister has two or three Jewish agents, and when they unite to attain an object, it cannot be prevented.

Noah had a later initiative of interest to Jews, but that deserves its own post.