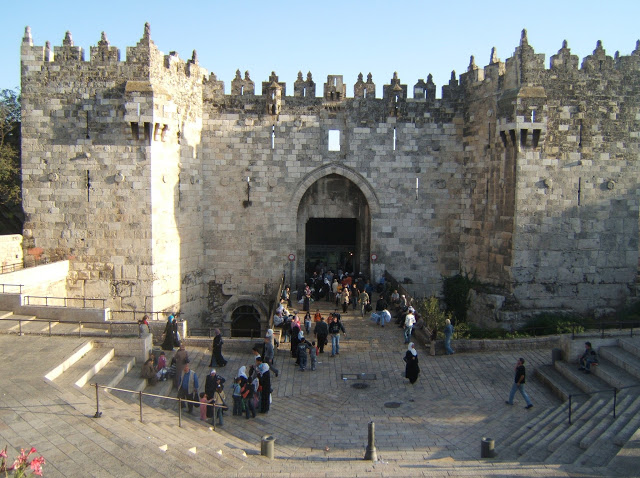 Shourouk News and Asrar and Al Ghad TV and Arab48 and AlArab News and Qatar News Agency all reported that “Jewish settlers” were performing “provocative Talmudic rituals” in the courtyard of “Bab al-Amud,” which is Damascus Gate, “under heavy police protection.”

Further reading shows that some Jewish kids were dancing ahead of Yom Ha’Atzmaut at the entrance to the Old City.

This isn’t even in “occupied territory.”

So the next time someone tries to tell you that there would be peace f only Israel withdraws from the territories, ask them exactly why so many Arab news sites try to incite their readers into a frenzy with antisemitic overtones over Jews dancing on the west side of the Green Line.

(It is also entirely possible that the Arab world is trying to lay the groundwork for a campaign against Jews in any part of Jerusalem, as the upcoming UNESCO vote will deny any Israeli sovereignty over any part of the city.)