The official Israel in Arabic Twitter site had this information and chart (text translated):

The Population and Immigration Authority published the list of Arab countries that have experienced the most immigration of Jews to Israel in the last 8 years. During this period, 432 Jews emigrated from Morocco to Israel. Here are the full data. 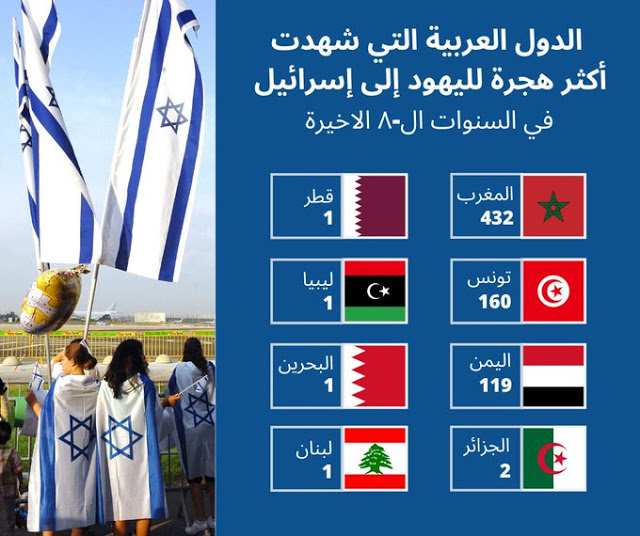 In 2012, Morocco had around 2,250 Jews. If 432 emigrated since then to Israel, that is over 19% of the entire Jewish population – and  that is only to Israel.
That’s pretty astonishing. Morocco is the best Arab country for Jews and the Jews are fleeing even from there.
Tunisia had an estimated 1500 Jews in 2013, to lose 160 is over 10%.
Yemen’s 119 emigrants is the bulk of the community, there are reportedly 50 Jews left who refuse to leave.
The other nations mentioned are Algeria, which has practically no Jews, seeing 2 emigrants to Israel. One person each from Libya, Lebanon, Qatar and Bahrain, all of which have token or no appreciable Jewish populations.