TOP NEWS
http://jewishrefugees.blogspot.com/2016/10/jewish-mp-iran-not-seeking-war-with.html
Perhaps it’s the Iranian regime’s attempt to influence the US election:  it is saying that the regime is rational and President Obama’s nuclear deal is working so there is no need for the electorate to endorse Donald Trump’s view that it was ‘one of the worst deals ever made.’ Iran’s lone Jewish MP Siamak Moreh Sedgh gives an interview on Israel Radio, reported in The Times of Israel (with thanks: Lily): 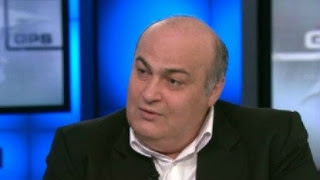 Jewish Iranian MP Siamak Moreh Sedgh (photo credit: CNN screen capture)
Iran’s sole Jewish parliamentarian said the Islamic Republic is not seeking war with Israel and asserted that Tehran knows that launching an attack on the Jewish state would amount to “suicide.”
“Iran does not want to start a war against Israel, because they know that everyone who starts a war in the Middle East is doing suicide,” Siamak Moreh Sedgh told Israel Radio in an English-language interview aired Sunday morning.
Sedgh said he believed the Iranian leadership to be “healthy and wise enough to avoid a war with Israel.”
“Relations between Iran and Israel [are] more stable than ever before since the signing of the nuclear agreement last year,” he said.
“Two, three years ago I was suspicious about [Prime Minister Benjamin] Netanyahu, I think he is crazy enough to start a war, but today, the condition of the world after the agreement is better, and the Middle East is more stable,” Sedgh said.
Read article in full