How can Israeli coexistence initiatives between Jews and Arabs succeed if Jewish refugees from Arab countries are absent from ‘the narrative’? says Janet Dallal, who witnessed terrible persecution in her native Iraq. She tells her story to Deborah Danan of the Jewish Journal:

In 1972, 16-year-old Janet Dallal’s father was arrested in Baghdad for the crime of being a Jew. He barely survived and was released in the winter of 1973.
In April that same year, Dallal’s friend and classmate, Joyce Qashqoush, was brutally murdered along with her parents and two brothers when Iraqi members of the terror group Popular Front for the Liberation of Palestine (PFLP) stormed Qashqoush’s Baghdad home.

“There was this feeling of dread all the time that tomorrow it could be me,” Dallal recalled.

Months later, when the Yom Kippur War broke out, Dallal’s teacher at her Christian school told her students that instead of class, they would go and cheer on a parade of Iraqi troops returning from the Syrian-Israeli border.
“I stood on the terrace and chanted praises to ‘our heroes,’ ” Dallal said. But doing so made her physically ill. Consigned to bed for three weeks, Dallal thought her heart would explode with the tempest of her emotions. Some of the Iraqi officers were her friends’ and classmates’ fathers, yet they were fighting Jews — and her own relatives — in Israel. Two years later, she and her siblings fled to Israel. 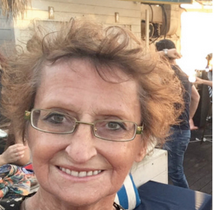 Today, Dallal’s voice is still laced with the anguish of the scars that refuse to fade. Part of the reason, she said, is because her story — and that of close to a million others — never received the recognition it deserved. The Jewish exodus from Arab lands “is a black hole in history; no one ever touched it,” she said. “Our history is almost deleted, our narrative is absent,” she said, before quietly adding, “and we have mostly ourselves to blame.”

For decades, Dallal, like so many other Iraqi and Mizrahi Jews, was silent about her past. Ironically, it was only when she became involved in Israeli-Palestinian coexistence initiatives in 2011 that she broke her silence.

During one summit, the moderator began drawing parallels between the Holocaust and the Nakba (catastrophe) — the term for the displacement of Palestinians after the establishment of the State of Israel in 1948.

The discussion sparked Dallal’s ire. “It is forbidden to make that comparison,” she said. “The Holocaust was the result of Nazi hatred toward Jews while the Arab Nakba was the result of war and had nothing to do with anti-Islamism or anti-Arabism.”

There are, however, parallels to be drawn between the Arab Nakba and what Dallal calls the Jewish Nakba, Dallal said. “I use that term because we too were entrenched in Arab culture and language,” she said, adding that Babylonian Jewry had a rich heritage dating back 2,500 years.

The coexistence summit, she said, made her realize, “I’m transparent, I don’t exist. So how can there be coexistence if I don’t exist?” For the first time, she delivered a stirring account of her suffering. The moderator, she said, was diplomatic but aloof, vaguely promising to include the topic in future sessions. Absurdly, Dallal said, it was the Palestinians who seemed to be the most affected by her story.