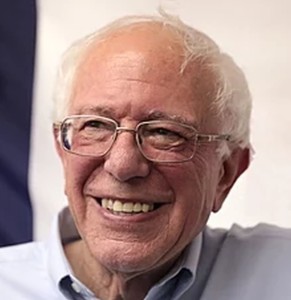 Montpelier, VT, February 13 – A lifelong politician and committed socialist vowed again today to combat the pernicious, widespread assumption that Jews enrich themselves at the expense of others, through the imposition of an economic system to guarantee no one, including Jews, ever has enough, let alone gets or stays wealthy.
Senator Bernie Sanders (D-VT) aims to secure his party’s nomination for the presidency, and promises to combat income inequality by redistributing the nation’s wealth to help the have-nots. Such policies implemented elsewhere in the world have in fact had significant impact on inequality, with many more people in countries such as Venezuela no longer any better-off than the neighbors next to whom they must scavenge for food. Sanders hopes to engineer the mechanisms of that transformation to undo persistent negative assumptions about Jews, aiming to achieve a total equality in which Jews starve just as much as everyone around them. The Jewish candidate himself, however, will retain his multiple residences and private luxury amenities.
“There’s no way this goes sideways,” Sanders assured listeners at a town hall meeting Wednesday evening, following a narrow victory in the New Hampshire primary. “Jews are always safe in periods of rapid economic change and uncertainty. Just look at the difference between the eastern part of Germany under the Weimar Republic and the same part of the country after Soviet administration in 1945. During Weimar, with its capitalism, and in the several years that followed, Jews came under constant attack and abuse, but how many such incidents do we have once the socialists of the Soviet Union took the reins? Close to zero.”
Sanders also cited the precedents of China, Cambodia, Vietnam, and North Korea, noting that they have no Jews in a higher economic bracket than the rest of the population, and all have embraced policies similar to his proposals.
“In general the Soviet Union did a remarkable job of combating that stereotype,” observed Sanders. “That could serve as our model. If you look, you’ll find almost no Jews in positions of economic influence in the USSR, or of political influence. The leaders of that great nation understood how to handle the issue. We can do it, too, with enough political will. Naturally, seeing it through in any practical sense will require some adaptations and compromises, which is why my own estates and lifestyle will remain unchanged. I find it absurd anyone might suggest that such a decision might contradict the goal I have in mind. In fact that line of thinking exposes you as an antisemite.”