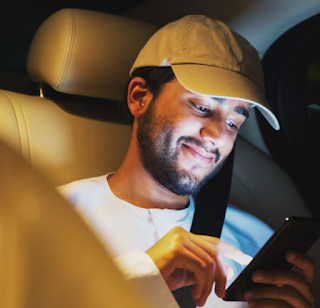 At Al Watan Voice, Khaled Ahmed Waked has come up with  a new reason for Arabs to hate Jews.

He starts the article off by talking about how widespread eye diseases are in the Arab world, and in the world in general, especially astigmatism.

He says that “the enemies of the (Arab/Islamic) Nation” succeeded in getting Arab youth hooked on staring at screens all day with apps like Facebook and WhatsApp, after they already got them hooked on all kinds of other drugs.

Why do so many Arab youths suffer from eye diseases? Why didn’t Arab doctors and scientists discover that these smartphones and tablets contain radioactive materials that are extremely harmful to the eyes?

Don’t they know that it’s just another scheme by the West and the Zionists? Jews especially know that at the end of days, the stones will speak and show where the Jews are so they can be properly killed, and the West and the Zionists know that Arabs have historically had good vision which enables them to aim their weapons very well. Getting Arabs hooked on apps helps save Jewish lives more than the Gharqad tree does!

The reason that all these apps that Arab youths are addicted to are free is in order to destroy Arab youths, physically and mentally.

We are helpfully told that Facebook was invented by a Jew named Marc Edward Rosenberg, and Jews are also behind Viber and Twitter.