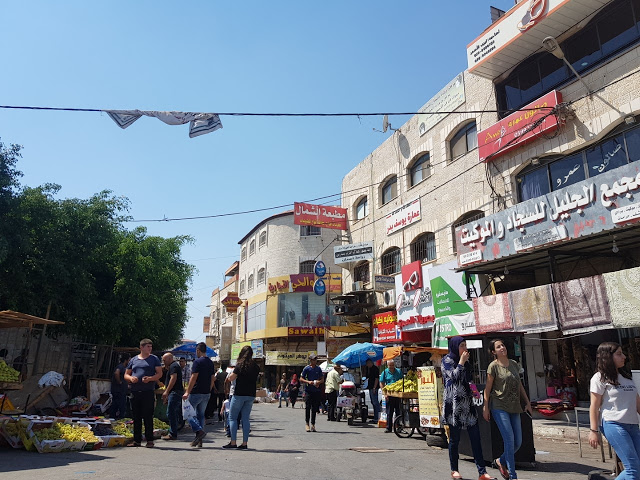 Palestine Today reports that Jenin has been enjoying a huge economic boom in the past two years, as Israeli authorities allow Israeli Arabs to drive to the town to shop.

Visitors to the city have doubled since 2009, and their number accelerated since 2015 when Israel allowed Israeli Arabs to drive their personal vehicles into the city.

Most of the Israeli Arabs go to Jenin on Fridays and Saturdays.

The number of new malls, shops and restaurants, and coffee shops has doubled in recent years. In 2017 alone, the number of shops increased from 2300 to 3000.

Israeli Arabs are also flocking to the Arab American University in Jenin, where over half the students are Israeli citizens.

Jenin is in Area A and officially Israelis are not allowed to go there but the IDF allows Israeli Arabs to go there freely while stopping Israeli Jews.

It should be noted that before the first intifada, Israeli Jews could freely go to Arab cities in the territories to go shopping. One person I know who lives in the territories said that she used to buy challah for Shabbat in Ramallah, where the local merchants brought in the bread from Israeli bakeries.