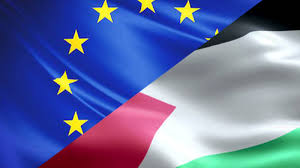 Gerald Steinberg of NGO Monitor makes some excellent points about the irrelevance of Europe to the Israel/Arab conflict and how their outdated views of the region are actually anti-peace.

The EU was notably absent on the El Al plane from Tel Aviv to Abu Dhabi. There were no EU officials and no EU flags, either on the plane or on the face masks of the Arabs who greeted the Israelis. Why not?
As Steinberg writes,

Almost all EU diplomats, foreign policy officials and ‘experts’, operate through simplistic misguided prisms based on post-1945 images of normative (soft) power, rules-based international order, and other thinking that is .totally inapplicable to the Middle East. As a result, Europe has little credibility.
The Israel-UAE agreement is based on realpolitik and national interests — security (the Iran threat), economic, cyber threats and others. European diplomacy in 21st century has no capacity for contributing in these dimensions.
Europe’s foreign policy on Israel offers nothing positive and tangible. Their main tools are threats of sanctions (aimed at Israel only), ritual anti-Israel UN votes, and massive funding to fringe anti-Israel NGOs under the facade of aid and human rights. This is in total contrast to the US.
For Palestinians, Europe is a very reliable cash cow and amplifier of slogans, including their supposed powerlessness and victimhood. No matter what Palestinians do – terror, incitement, ICC lawfare – European money keeps flowing. But for substance, Palestinian leaders have (until very recently – EoZ)  turned to the US.
Europe is narrowly focused on the Palestinian issue (and stuck in the 1970s); they treat Israel condescendingly, and their “peace proposals” and frequent declarations consist entirely of empty slogans. Systematically stuck in the 1970s (or 1950s), Europe is blind to Israel’s role as a major regional actor, interacting with other countries on the basis of significant capabilities and shared interests.
Opposition to the Iranian strategic threat is a major catalyst for Israel-Gulf cooperation. In contrast, Europe’s policy on Iran is based on slogans and reviving the ill-conceived JCPOA, allowing the regime to acquire nuclear weapons. These policies are non-starters.
To play any useful role in the region, Europe needs an entirely new approach to Israel, Iran, the UAE and other Gulf states. The people and myths that have dominated Europe’s approach for decades need to retired and replaced by diplomats and experts with both feet on the ground.

Steinberg is correct. It is no coincidence that each one of Israel’s peace agreements with Arab countries have been facilitated by the US with no European involvement. The Europeans treat the Palestinians as spoiled children with no responsibility for their actions, and one cannot make peace with irresponsible toddlers.
Gulf countries have, in recent years, given the Palestinians the message that they are not the center of the universe and they can no longer assume reflexive support and unlimited cash from their fellow Arabs. They live better lives under “occupation” than most Arabs do in independent countries. Their fate is in their hands but they have rejected every peace plan that doesn’t leave open the possibility of  Israel’s destruction.
Instead of growing up, the puerile Palestinians have come to rely on the Western Left to provide them with unlimited moral and financial support. Europe, pretending to be relevant, is happy to fund organizations that actually hurt any chances for peace. This massive funding has perverted the Palestinian economy itself – the best paying jobs outside Israel come from these anti-Israel NGOs, which contribute nothing towards actual productivity and make it unappealing for Palestinians to become productive and independent citizens, creating and exporting useful goods and services.
The UAE deal reveals the European approach to the Middle East to be corrupt and counterproductive.