This week saw a relatively minor story from Israel’s perspective, and one that was heavily reported in Palestinian Arab media.

Arab prisoners went on a hunger strike last week because Israel put cell phone jamming devices in prisons, making illegal cell phones impossible to use. Palestinian Arabs freaked out, claiming that the devices would cause cancer or other illnesses.

The reason cell phones are banned is obvious. Terrorists can plan new attacks from prison. They can recruit new members of terror groups. They can speak via teleconference at terrorist gatherings and incite more hate and violence. Indeed, Israel has evidence of 14 recent attacks planned via illegal prison cell phones.

Instead of telling the prisoners to drop dead from their hunger strike, Israeli prison officials negotiated with them. And they came up with a solution that seems to address all the issues: Israel agreed to install public telephones in the prison wards where the Arab terrorists are kept, and to allow prisoners to make regular calls to first degree relatives that Israeli officials can listen in on.

Israel no longer has a security issue and Arab prisoners are happy they can speak to their families, which makes prisons a safer place for guards as well. This is a win-win situation.

But that is not how Palestinian media is looking at this. 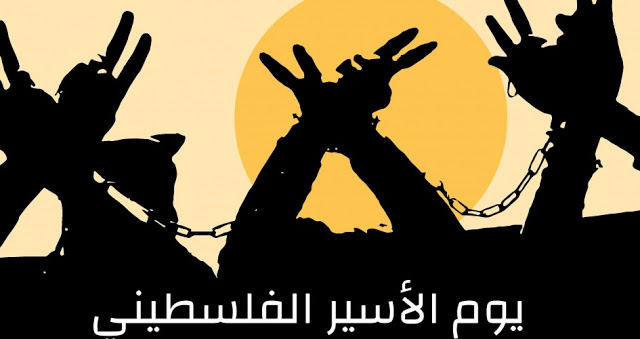 Today is Palestinian Prisoners Day and Palestinian media is saying that the compromise was a “qualitative victory” for them. (Suddenly the fears of the supposed radiation from the cell phone jammers, which presumably will remain in place, have dissipated.)

Palestinian Arabs simply cannot think in terms of cooperation and compromise with Israel. They can only frame this incident as a victory for them – and a loss for Israel.

This is only a minor example of how the entire conflict has gone. For the Palestinian Arabs, perception is more important than reality (a corollary of the honor/shame culture they inhabit) and therefore they cannot accept anything but what can be framed as total victory – and, just as importantly, a total loss for the Jews.

From Israel’s perspective, making a concession is evidence of how strong and secure it feels. From the Arab perspective, Israeli concessions is evidence of their weakness in the face of Arab power and resolve. The two attitudes are not compatible except in minor situations like this one where the actual facts can be papered over.

This difference in attitudes is one important reason peace is so difficult. Every time Israel compromises, the Palestinian Arabs assume that this is evidence of weakness, and it invites further demands and concessions. Only Israeli strength minimizes that attitude.

Western insistence on Israeli concessions ignores this dynamic and how they don’t make Israel more secure – as they would with a like-minded negotiating partner – but they endanger Israel by making her appear weak to her enemies.

The EU and UN demand Israel act like a modern Western state when negotiating with people who have not evolved psychologically from the days of Mohammed. Israel’s strength allows it to make concessions at times – but it has to balance them with the long term effects on how it is perceived by its enemies, not just the immediate easing of tensions.