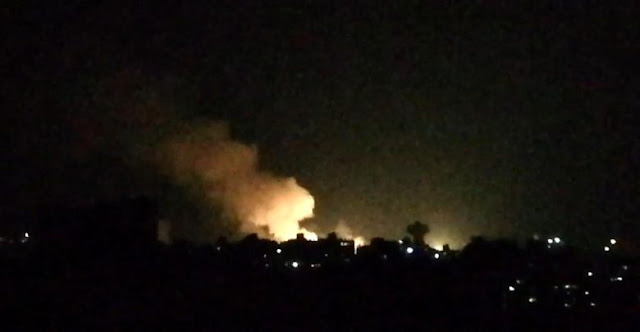 The Syrian Observatory for Human Rights says that Israeli jets targeted the Al-Shayrat airbase in Homs with more than eight missiles.  An explosion was heard believed to be caused by anti-aircraft defenses while intercepting these strikes.

Syria’s news agency SANA quoted a military source as saying that “at 20:25, Israeli warplanes over Lebanon launched a group of missiles towards eastern Homs, and the air defense forces immediately confronted the enemy missiles and intercepted a number of them.”

Al-Modon said that there were three air strikes  that targeted a cell with Iranian militias are present. There are also warehouses where Iranian militias transferred weapons and ammunition to it during the past days.