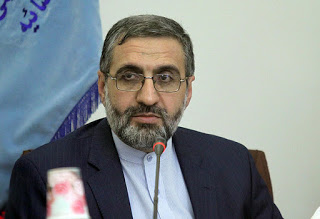 TEHRAN — Iran’s Judiciary spokesman said on Tuesday that the Islamic Republic will file lawsuits against U.S. President Donald Trump and the U.S. government for the assassination of Lieutenant General Qassem Soleimani, Iran’s top anti-terror commander, in Iraq earlier this month.

“We intend to file lawsuits in the Islamic Republic, Iraq and The Hauge [sic] Court (International Court of Justice) against the military and government of America and against Trump,” Gholamhossein Esmaeili said during a press conference, according to Mehr.

“There is no doubt that the U.S. military has done a terrorist act assassinating Guards Commander Lt. Gen. Soleimani and Second-in-Command of Iraq Popular Mobilization Units (PMU) Abu Mahdi al-Muhandis… and Trump has confessed doing the crime.”

“The firmest reason for accusing an individual is his confession,” he added.

“We will initially file a lawsuit in Iran, which is legal under the Islamic Penal Code,” he said.

“Then we will do the same in Iraq and The Hague Court against Trump and the U.S. military,” he added.

In his Tuesday remarks, Esmaeili said the next step in Iran’s tough revenge will be taken as well in order to end the illegitimate presence of the Americans in the region.

I’m sure the US is especially afraid of lawsuits filed in Iran itself.