Journalist Karmel Melamed slams  the Iranian regime for claiming credit on behalf of previous dynasties and individuals who saved Jews in the course of history. Writing in the Jewish Journal, Melamed attributes the phenomenon of Jews supporting the regime’s ‘Jew-washing’ narrative to three factors: coercion, pay-offs and propaganda. 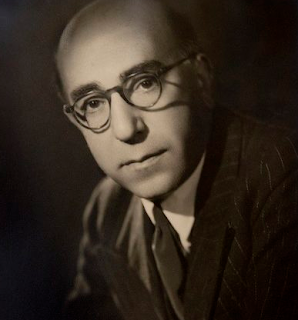 During World War II, the Consul General of Iran in the area of Nazi controlled France was a man by the name of Abdol Hussein Sardari. From 1940 to 1944, Sardari helped exempt Iranian Jews and other Central Asian Jews living in German-occupied France from anti-Jewish measures decreed by French and Nazi authorities.

He likewise issued thousands of Iranian passports to other European Jews who feared for their lives and were seeking to escape the Nazis in France. The actions Sardari took to save Jews from Nazi persecution and genocide were indeed noble, but he took these actions of his own free will and not under any government direction to do so.

So it is downright absurd that all of sudden Zarif now wants to claim Sardari as one of his own when Sardari had totally no connection whatsoever to the radical Islamic regime which Zarif proudly serves in today. It is therefore obvious to anyone with half a brain that the historic good deeds of Sardari belonged to Sardari alone and no other government or regime.

In the end, if western reporters had any kind of backbone or journalistic integrity, they would challenge Zarif on his absurd attempts to paint his demonic anti-Semitic Islamic regime as one that “saved the Jews three times”. Anyone can clearly see that the current Iranian regime never saved the Jews of Iran or any other Jews for that matter during the last 40 years!

If anything this radical Islamic regime in Iran has formally executed two dozen Jews, randomly arrested and imprisoned thousands of other Jews, confiscated billions of dollars in Jewish assets and forced into exile the vast majority of Iran’s Jews who now live in America, Europe and Israel. Moreover, the thugs who run the radical Islamic regime in Iran today, not only repeatedly deny the existence of the Nazi genocide of six million Jews, but they also repeatedly call for a genocide of the people living in the only Jewish state.