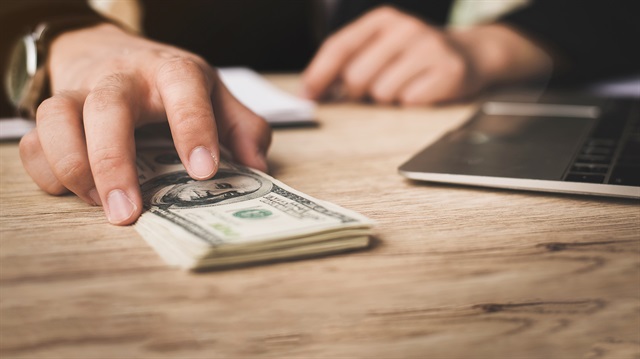 Turkish police detained 280 suspects in a money-laundering investigation into the transfer of about 2.5 billion lira ($419 million) worth of foreign currency to bank accounts abroad, state media said on Tuesday.

The vast majority of recipients of the funds were Iranian citizens resident in the United States, according to a statement from Istanbul’s chief prosecutor cited by Turkish media.

Police, the prosecutor and other judicial authorities declined to comment on the investigation.

The probe was aimed at those who “targeted the economic and financial security of the Turkish Republic,” the Istanbul chief prosecutor’s office said, according to CNN Turk.

The issue of foreign money transfers has become politically sensitive in Turkey, which is in the throes of a currency crisis. The lira has fallen about 40 percent against the dollar this year, prompting President Recep Tayyip Erdogan to warn Turks against sending money abroad if it is not for investment.

“We will not forgive those who resort to smuggling money abroad if it is not to grow, develop and spread their business, trade and investments,” Erdogan said in a speech to business leaders in April.

The suspects were accused of money laundering, “forming a gang with the aim of committing crime,” and “breaking a law aimed at preventing the financing of terrorism,” the prosecutor’s statement said. The operation was launched by financial crimes police.

Hurriyet newspaper said on its website that among those facing arrest were individuals with links to Kurdish, leftist and Islamist militant groups and some were also being investigated for drug smuggling.

One banking source said transactions of the kind targeted in the investigation are carried out by third persons who send money to accounts abroad in exchange for commission.

“The money they send is not their own. They try not to be noticed by always making transfers in small amounts and make profits from this,” he said.

“People who are subject to limitations on transferring money abroad use such a method, getting others to make the transaction in exchange for commission,” the source said.

“But because the money is again forwarded to unrelated third persons, it violates anti-money laundering regulations.”

The prosecutor’s statement said the suspects were accused of receiving commission for sending the money to 28,088 accounts abroad. The transfers were made from various bank branches and ATMs starting from Jan. 1, 2017 with sums of 5,000 lira and more, the statement said.

The crackdown comes months after a US court sentenced an executive from Turkey’s state-owned Halkbank to 32 months in jail in an Iran sanctions-busting case. The bank has denied any wrongdoing and Turkey has said that case is politically motivated.

Turkish and Iranian media are saying that the US bank accounts in this scheme belong to Iranian Jews, many of them physicians and professors.

Some of those arrested are associated with Kurdish and Islamist terror groups, including the PKK and Hizbullah, according to Iranian media.