In Saudi Arabia’s speech to the General Assembly, Adel Ahmed Al-Jubeir the Saudi Foreign Affairs Minister, said that the “Israeli-Palestinian conflict” was the most protracted in the region’s history and had led to a great deal of human suffering.  He added that nothing could justify the continuation of that conflict, pushing the Saudi peace plan of Israel giving back everything including the holy sites in Jerusalem (and allowing a “right to return”)  in exchange for full peace with the Arab world. 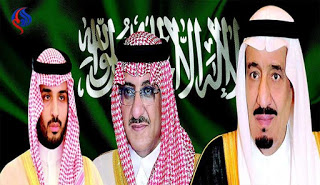 Iran is not happy about the idea of Arab peace with Israel. Al Alam quotes a Palestinian “analyst” named Shaker Zalloum (who is just a shill for Iran) as saying that the Saudi leaders are the same as the as “Jews of Khyber” who of course are the archetypes of the evil, lying Jew who deserves to be slaughtered in Muslim thought.

So Iran shows yet again that they are not only against any peace than allows Israel to exist, but also that they are antisemitic, comparing their ideological enemies with evil Jews.

Nice to have that in black and white.