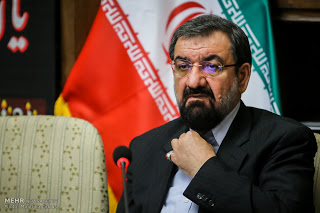 
Mohsen Rezaee, the secretary of Iran’s Expediency Council, said on Monday that there is a special intelligence office in the U.S. Treasury Department tasked with targeting Iran’s economy.

Rezaee said the Countering America’s Adversaries Through Sanctions Act (CAATSA), which is targeted at Iran, Russia, and North Korea, was compiled and written by this special office in the Treasury.

“This special unit which is called TFI has established several offices in American embassies in Iran’s neighboring countries including Pakistan, Afghanistan, and the UAE tasked with monitoring Iran’s financial and economic activities,” Rezaee told a seminar on the Dimensions of the Economic War against Iran at Imam Hossein University in Tehran.

According to Rezaei, this special organization is chaired by the U.S. Under Secretary of the Treasury for Terrorism and Financial Intelligence Stuart A. Levey, “who is a Zionist”.

“Levey traveled between different capitals and met more than 100 chief executive officers and warned them not to do any business with Iran. That’s why no major bank has resumed financial trade with Iran after the implementation of the JCOPA [sic] and only some small banks resumed financial transactions with Iranian banks,” explained Rezaee, a former IRGC chief and trained economic expert.

Stuart Levy does sound like a “Zionist” name, doesn’t it?

Stuart A. Levey was indeed the Under Secretary for Terrorism and Financial Intelligence – but he left that job in March 2011, way before the JCPOA.

The funny thing is that all his successors appear to be Jewish as well (David S. Cohen, Adam Szubin, Sigal Mandelker.)