Sprinkled throughout UNESCO’s website are interactive maps where you can zoom in to various parts of the world.

Obviously Israel is a small country and it cannot be easily seen or labeled on a map of all of Asia, Africa and Europe: 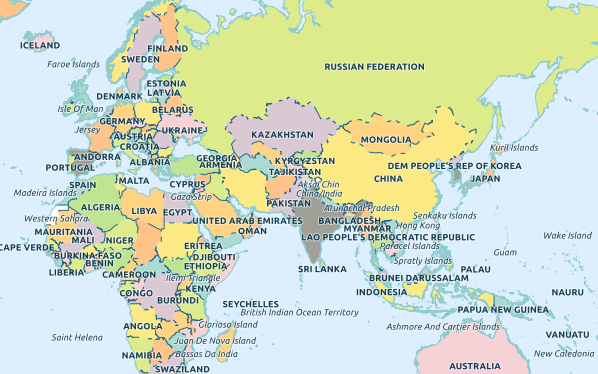 But the Gaza Strip is labeled  even on this map.
Zooming in, we see: 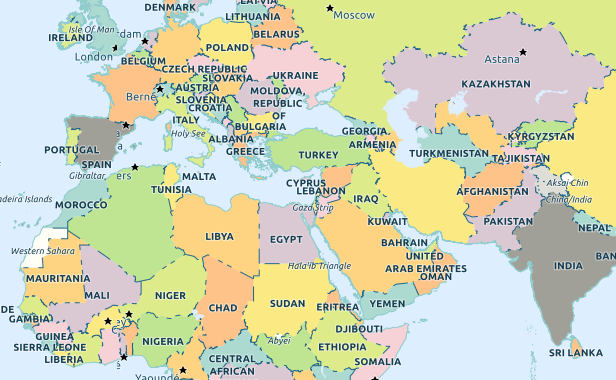 Cyprus and Lebanon, both smaller than Israel, make the cut in this view.  Jordan and Syria don’t. Gaza remains named. 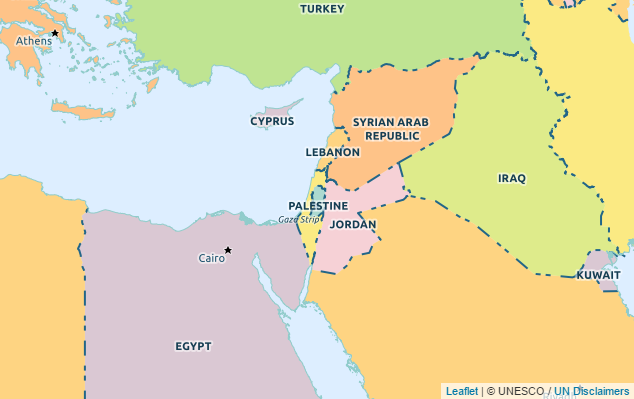 Every country in the region is labeled, and two non-countries: “Palestine” and the Gaza Strip are labeled as well. Only one country, Israel is missing. (actually, Saudi Arabia loses its name which was visible in an in-between map I did not reproduce. That looks like a bug.)

You need to zoom in one more level to see Israel: 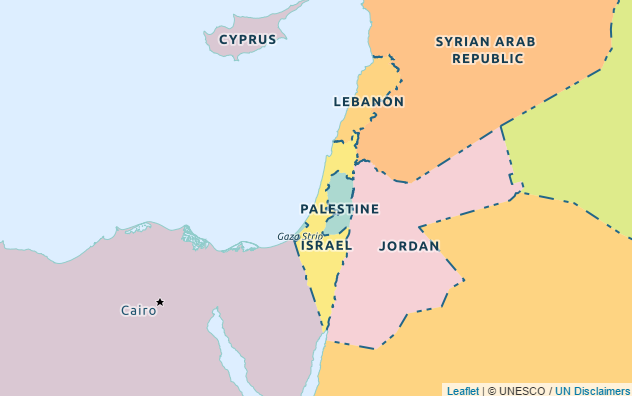 Also interesting is when you zoom in all the way, it labels the Green Line accurately as “armistice demarcation lines” – and even shows the no-man’s land between Jordanian-occupied territory and Israel from 1949-1967.  It doesn’t mention the year of the armistice. 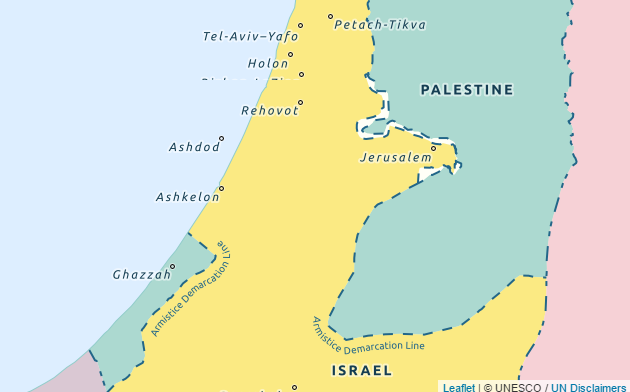 The no-man’s land means that this is a map of Israel and its pre-1967 boundary with Jordan. But the labels show that section as being between Israel and something called “Palestine” implying that Palestine was a state before 1967.

All of these decisions of what to show are clearly not made by a computer. (Note how the “Gaza Strip” label disappears and it becomes part of “Palestine” at larger zooms. A computer wouldn’t do that.)

A human decided what labels would be visible at which levels and what text would show up at certain points. And Israel was considered so distasteful that it would not appear until there was no choice.

It isn’t paranoia when they are really out to get you.