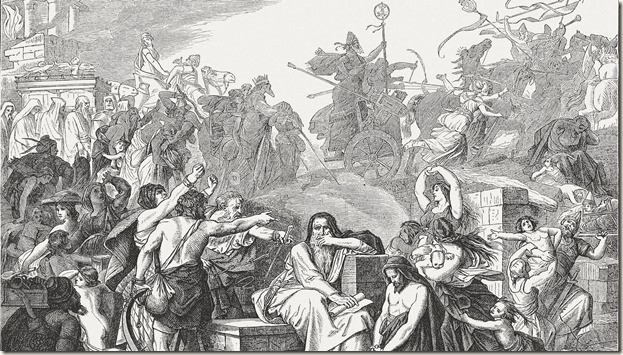 Tomorrow, Jews will start 3 weeks of commemoration of the breach of the walls of their Capital by an Empire, the destruction of the city, the subjugation of their country and the forced exile of its population, their ancestors. Tell me more about not being indigenous.

A lot of people argue about what “indigenous” means, and even the UN says there is no standard definition. It seems that too often the people defining the term are more interested in the color of the skin of the people claiming indigeneity than the actual circumstances.

But these same people are often the ones who want to downplay the very real Jewish connection to the Land of Israel. They don’t want to hear that Jews pray to have Jerusalem rebuilt three times a day (not just the Passover Seder’s “next year in Jerusalem!”) They don’t want to hear about the undeniable fact that during the 2000 years of Jewish exile, practically no country that hosted the Jews ever considered them to be truly equal citizens. Everyone throughout history knew that their home was in Israel, and if you look at old books the words “Hebrew” and “Israelite” are used as often as the word “Jew,” emphasizing the Jewish nation in exile.

In exile from where? Everyone knows the answer.

Jews have maintained psychological and physical ties to Israel ever since the current diaspora began. They have no other homeland.

And the current three week period where we mourn the destruction of the two Temples is all the proof you need that Jews have only had one real home.

If that isn’t the definition of indigenous, then you are twisting the word specifically to exclude Jews.