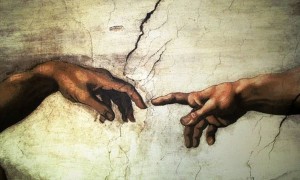 Rome, July 9 – Leaders of the world’s largest Christian denomination have commissioned a study to determine whether the body’s ages-old ambition to convince adherents of the Mosaic faith to accept Jesus of Nazareth as the Son of God and as their savior from Original Sin might meet more success with Jesus not in the role of the divine incarnate – a notion anathema to longstanding Hebraic sensibilities – but in a form of proven palatability to prominent, if not large, swaths of progressive Jews: opposition to Jewish sovereignty in the ancestral Jewish homeland.

Pope Francis appointed a committee this week to explore the possibilities of rebranding Jesus Christ as anti-Zionism in efforts to proselytize to leftist Jews, Vatican insiders reported Thursday. The commission will focus on the potential effectiveness of such a change in semantics based on the realization that Jews who seek entree to elite cultural circles have always faced the demand that they renounce core aspects of Jewish identity and fidelity – but that over the last two centuries, shifts in Western culture have in turn shifted which core aspects of Jewish identity and fidelity they must renounce.

For more than 1500 years the dominant Christian culture insisted that access to elite circles required Jews to violate fundamental principles of Jewish faith by accepting, for example, the divinity of a human, when core Jewish tenets preclude the corporeality of God; now however, following centuries of decline in the influence of Church power and cultural hegemony, elite cultural circles now demand that Jews renounce allegiance to more secular aspects of Jewish identity and belonging – Jewish nationhood, for example, Jewish indigenous status in the one place Jews have ever had a sovereign home, or any collective right Jews might have to reestablish themselves as an independent political entity. That cultural shift has prompted the senior figures within the Roman Catholic Church to consider adapting their ancient compulsion to “prove” the legitimacy of their replacement theology – whereby Christians are the new Israel and the Jews, by rejecting Christ, must disappear – to suit the more modern sensibilities of anti-Zionism.

“If we can dress up the Christ as anti-Zionism that should appeal to all sorts of progressive Jews,” explained Cardinal Pedro Beinardo, who heads the commission. “Some Protestant denominations already invoke Jesus in railing against Israel, which is fine, and in fact the reemergence of Jewish sovereignty poses a serious theological challenge to Christians, who still, by and large, insist the the New Testament renders the Old non-applicable. But we think to succeed, the approach needs to take things a step or two further, because there’s been an erosion of the spiritual, as classically conceived, in the West, and we need to roll with that. Political ideology is the new religion, and we better understand that.”