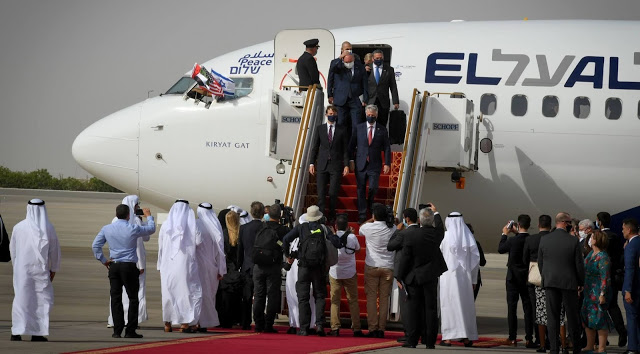 Israel haters often say that Zionism is racism, saying that the entire idea of Zionism is anti-Arab.

This week we saw an outpouring of love from Israeli Jews to the Arabs of the United Arab Emirates. Israelis are excited to start new business initiatives, to visit the UAE with their families. Zionists worldwide are enthusiastic over the possibilities. Israelis and Emiratis are exchanging admiring posts on social media.

Aren’t the citizens of the United Arab Emirates – Arabs?
If Zionists are racist and Zionism is racism, how can these racist Jews so fully embrace peace with not just an Arab country but with so many Arab people?
With Jordan and Egypt as well, it was the Zionist Jews who wanted true normalized relations on every level. It was the Arabs who resisted doing this.
There are some racist attitudes in the Middle East, but both Israel and the UAE are far more tolerant than most other nations in the region.
(h/t Yisrael Medad)