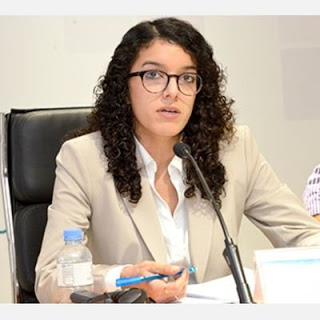 Dr. Dana El Kurd, who received her PhD in Political Science from the University of Texas, responded to a tweet:

You have no understanding of history or the long-term impacts of Israel then. Assad is a monster today, but Israel’s presence has destabilized the entire Middle East since its inception. Terrorism, ethnic cleansing, wiping out entire cities & camps – you name it, they’ve done it.

Let’s see if Israel really has destabilized the region.
Wikipedia lists all the modern Middle East conflicts over the past century. It lumps all of the Arab Israeli wars as a single conflict, but even if you divide it up into (let’s say) 10 wars.
Outside of those it lists about 90 conflicts in the Middle East that have nothing to do with Israel.

The casualty count for the Arab-Israeli conflict is about 80,000 on all sides.

The casualty count for all non-Israeli Middle East conflicts is over 7 million – nearly 100 times the number of those killed in Israel-related conflicts.

Far, far more people have been killed in conflicts involving tiny Yemen than Israel since 1948.

What about the claim that Israel destabilizes the Middle East? Is she really claiming that Syria, Yemen and Lebanese conflicts today have anything to do with Israel?

And Israel has been involved in only two international wars since 1973, both in Lebanon. At the same time, dozens of conflicts have broken out not involving Israel.

El Kurd’s claptrap passes for sober analysis – she has written for a Washington Post blog – but she is thoroughly, completely and provably wrong.

The problem is that the media and the NGOs and the world governments indeed spend 99% of their time talking about a conflict that is only 1% as important in terms of actual victims, so El Kurd’s lies don’t sound quite as absurd as an actual analysis shows they are.