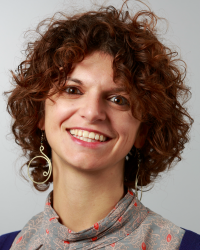 She argues that the EU’s failure to embrace Hamas as a democratic, liberal and legitimate leader of Palestinians was a type of ritual that was forced on them by Israel:

Why and how do political leaders and bureaucrats miss opportunities or make mistakes? This article explores the pressures to conform and to perform that direct securitising decisions and practices. It begins with the assertion that the European Union missed an opportunity to engage with Hamas after the movement’s participation and success in transparent and democratically legitimated elections, and instead promoted a politics of increased securitisation. The securitisation of Hamas worked against the European Union’s own stated aims of state-building and democratisation, and increased the resistance image of Hamas. This article investigates the rituals that shaped this decision, arguing that punitive and conforming dynamics implicated the knowing of the event. Performance studies and anthropology observe how rituals let participants know how to behave in a given situation, and they performatively constitute a social reality through the appearance of normalcy or harmony. Hamas was reproduced as threat through the European Union’s compulsion to repeat a policy of conditionality, which was performative of Hamas’s ability to respond diplomatically to its own securitisation. First, at a discursive level, rituals simplify or reduce the complexity of an event by allowing participants to respond to new issues through existing regimes of intelligibility. Second, at a practice level, rituals impose an imperative to perform within the workplace, which limits the possibility for dissent or for challenging hierarchy within the institution. This investigation relies on elite interviews with senior Hamas representatives conducted in Gaza, and interviews with European Union representatives who were involved in monitoring the elections and enacting a response to Hamas’s success.

Yes, EU policy to not work with a terror organization is being represented in anthropological terms as a ritual of treating terrorists as terrorists. Of course, they are conforming to Israeli demands.

Here is a key passage in the paper:

Securitisation closes down the possibility of compromise or partial engagement. The structure of the securitising discourse replicates an either/or framing, whereby the Other is marked as either friend or enemy (Williams, 2003). This either/or framing is replicated in the conditions that the Quartet placed on Hamas. Solana expressed the EU’s support for the Quartet’s principles and, soon after, the conditions came to structure all EU engagement with the newly elected government. Either Hamas accept the conditions or be sanctioned. Rifkind (2006) argues that Hamas could not metamorphose overnight and simply accept the conditions set out by the Quartet. This would work against one of the principal reasons for which Hamas was elected: its maintained resistance against the occupation.

The Quartet had several preconditions before they would accept Hamas: A Palestinian state must recognize the state of Israel without prejudging what various grievances or claims are appropriate, abide by previous diplomatic agreements, and renounce violence as a means of achieving goals.

It is quite normal for a group to set conditions before agreeing to accept another group as a peace partner. None of the Quartet’s conditions are unreasonable. But to this pseudo-academic, asking Hamas to renounce violence is unreasonable – because violence is what it is all about and why it was elected!

The paper argues that Hamas is much more liberal than the West portrays it, it is misunderstood, and it is flexible in its ideology. I found this section ironic:

Hamas members are aware that a discourse of terrorism reproduces a particular  understanding of them, and they evoke an alternative iteration of themselves. They argue that the Europeans have received mistaken reports that Hamas is just looking for blood
(Majdi, 2012). Majdi (2012) continues: ‘They didn’t look at the other sides of Hamas,
which call for tolerance and humanity’. Hamas member and youth leader Hani Meqbel
(2012) stated that ‘[we held] too many workshops to discuss the way we should deal with
the West. We are misunderstood’. Puar and Rai address how the ‘terrorist’ is produced as
a particular monstrous subject, which is made intelligible through a performative grid
that imprints its supposed challenge to civilisational progress upon it. They state: ‘the
terrorist has become a monster to be quarantined and an individual to be corrected’ (Puar
and Rai, 2002: 121). Subjects regulated by discursive structures of securitisation are, by
virtue of being subjected to them, formed, defined and reproduced in accordance with the
requirements of those structures (Butler, 1990: 3). The exclusionary matrix by which
subjects are formed disavows other possible ways of recognising, so the reiteration of
Hamas’s terroristic illegitimacy works to foreclose other ways of seeing the movement.
The totalising framing works to know Hamas, before its members have even spoken, and
before any actual meetings have taken place. Etimad Tashawa (2012), Hamas representative, explains:
the EU does not know anyone from Hamas. They think Hamas are ogres. They think thatHamas is going to come and eat all of them and to end the European Union and to end Israel.And it is not — it is a flexible movement.

All of the evidence of Hamas’ supposed flexibility and willingness to compromise comes from quotes by Hamas to Westerners (including the author) and from other academic papers which have the same flaws. Not once does the author of this paper look at thousands of primary Hamas sources and speeches in Arabic that clearly support the idea that it has always been a terror group hell-bent on destroying Israel and ridding the Middle East of all Jews in any political positions.  The words “rocket” or “tunnel” or “bombs” or “attacks” do not appear once in this paper in relation to Hamas.

Because the point of this and so many other academic papers isn’t to uncover the truth but to hide it behind a wall of polysyllabic nonsense.

The irony is that the exact same complaint that this quasi-academic has against how the world looks at Hamas so one-dimensionally applies to how her fellow academics that she quotes, like Judith Butler and Jasbir Puar, look at Israel. The very idea of “pinkwashing” is a liberal-approved method of avoiding any complexity in discussing Zionism as anything other than a wholly-evil political movement and Israel as anything other than an oppressive regime. How can Israel be liberal if it is evil? It must be hiding its evil by pretending to be liberal. Complexity and nuance when dealing with a terror group disappears when talking about a modern, liberal, law-based, democratic state.

Hamas is indeed more complex than just a simple terror movement. It is an Islamist movement, it is a political movement, it indeed engages in social service programs. But its very raison d’etre is the destruction of the Jewish state and the denial of Jewish peoplehood, and no amount of apologetics by pretend-academics can erase that fact.

No matter how hard they try.