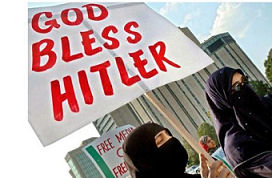 Corbynista Waters, calling for cultural BDS, despicably claimed the “parallels  and what went on in the 1930s in Germany are so crushingly obvious” and revealed afresh his antisemitism by alleging baneful influence the “extraordinarily powerful” Jewish lobby has in the West.


“I think the criticism [of Israel by Waters] is so ludicrous that it indicates a basic hostility to the notion of a homeland for the Jewish people… you’ve got to overcome the legacy of that ideological poison which has dripped into the system over many decades”,


“I think it is part of a wider alliance which is dangerous and worries me… which is the leftist-Islamist alliance. It’s a growing problem… there is nothing progressive about a totalitarian ideology.”

Thus concedes the man who by his noisome “Open Door” immigration policy when prime minister foisted virtually unbridled Muslim migration on the United Kingdom.  He has, all too late, seemingly come to his senses.  It appears, by contrast, Angela Merkel has yet to come to her senses by recognising the parallel danger her lunacy in permitting an invasion of mainly military age Muslim males has inflicted on her country.

Mention of Merkel reminds me of an item I last week found by chance in a West Australian newspaper, the Kalgoorlie Miner of 14 October 1939.  Headed “A Poignant Letter”, it reproduced, in slightly shortened form, a letter that a German-Jewish lawyer (unnamed) had written to an old school friend (name given as Frederick) on 2 February 1939:


‘It is, my friend, inconsiderate of me to send our dearest friend a personal death notice. Forgive me for this act of ghoulishness, since when you hold these lines in your hand we shall already have escaped from the hardships that have been ours on this unfriendly earth. We could not stand it any longer! Our nerves were not strong enough to allow us to continue in the face of such insult, such dirty treatment, violent hatred and crazy exploitation which have been heaped upon us in the last few months.

You, who shared with me a bench in school, know how little was in me of that which the ‘new’ Germany designated ‘”he Jewish spirit”. It was as a German thatI felt, laboured and lived. In 1914 I voluntarily joined the army, and saw four years of service in the front lines. Three times I was wounded, and three times returned to the trenches. At the end of the war I received my “honourable discharge” in the days of inflation which followed I, like most Germans, lost the greater portion of my possessions, and since then have worked hard for my daily bread.

When, in 1933, I was given to understand that I belonged to the “Jewish swine” whose blood must once more flow if Germany was to be a nation among nations, with many others I interpreted this as a passing aberration on the part of the German people, convinced that the nation had too basically healthy a core to permit such a principle to be its guide for long. I noticed that many of my friends hitched themselves to this new bandwaggon, while apologetically explaining that it was better to appear to support the new regime. “Actually, you know, I’m still the same old fellow,” said many of them to me.

Maria and I smiled a bit, and went on living our quiet, peaceful and increasingly confined existence. Occasionally someone advised that I rescue a fraction of my earnings by making investments abroad, but I had no intention of leaving my native country. I was quite willing to wait until things resumed a more normal course. I could not imagine life as an exile, and Germany would undoubtedly soon come to her senses.

And so we found ourselves in November, 1938. One frightful morning we were awakened at 6o’clock, to face five adolescent boys dressed like civilian gangsters, and armed with hatchets, clubs and revolvers.

I was locked in the bathroom, and could hear them as they carried on their ‘search for weapons’. Drawer upon drawer they emptied on the street below.

The furnishings of my study were completely destroyed, and the rugslashed with knives. My beautiful ceramics, which included some pieces any museum would have been proud to own, were smashed into smithereens. The Rembrandt sketch, my lovely Gothic statue of the Madonna, Daumier’s drawings — everything on the walls and on thewindow sills was banged about until it was utterly ruined.

Maria stood helplessly by, in a paroxysm of fury, as she watched these bearers of our ‘new’ German culture do more damage than could a shell from a bombing ‘plane. The poor, misguided little animals did a thoroughly good job. Suddenly it occurred to my wife to fetch from an old wardrobe my army uniform,which had been lying in mothballs for almost 10 years. The spot where, at Ypres, the grenade which splintered my shoulder-blade struck had been neatly mended and the ribbons of the various decorations I had won were still attached to the tunic.

The leader of the band screamed at Maria:”How does that honourable state uniform come to be in this Jewish pig-stall?” Maria, replied, as calmly as she could force herself to speak: “That’s the uniform of the man you’ve just locked in the bathroom. He wore it for four years in the trenches. Wouldn’t you like to take it as a souvenir of your morning’s work? Take it, please!” And she threw it at them as they stood, suddenly staring in embarrassed silence. The quiet was finally broken by the young chiefain who turned and said to the others : “I think we’ve finished here.” As they filed out he said, half respectfully, half defiantly, “We’re only doing our duty”.

We thought the uniform had rescued our kitchen and bedroom, anyway, but later as we sat drinking coffee there was a knock on the door. Two sleepy members of theSecret State Police stood there, and in peevish accents ordered us to dress at once and come with them. We were under arrest.There is no need to burden you with the details of life in the concentration camp, of the many gross indignities and refined tortures to which I found myself subjected.

Imagine some two or three thousand poor devils, many over 60 years of age, huddled together in one great barracks, without covering in the icy November cold, without any washing facilities, without even a drink of water unless they had the mark with which to buy it from their black torturers. Gruesome hardly describes it. They died by the dozen each day.

After three weeks of this horror I was summoned to appear before the camp supervisor. Maria had worked like one possessed and had at last obtained my freedom, on condition that we leave Germany by January 15.

After writing literally hundreds of friends abroad my wife had visited every foreign consulate in Germany, and eventually, because of the written invitations which she produced, and her own Aryan passport, she was able to obtain for both of us a visitor’s visa to England. Guaranty for our maintenance in exile was found, and we set about preparing ourselves to leave the country. We were solemnly informed that permission to work could not be granted to an attorney.

Our possessions were dispersed among Nazi party members for a small fraction of their actual value.

For weeks I was busy with officials, who kept presenting me with tax] bills that grew higher and higher.

Six months before, my fortune had been appraised at 300,000 Reichmarks under the famous Goering Ordinance, but now it suddenly shrank to a meagre 30,000 and even this was swallowed by various foreign exchange bureaus. Any personal commodities we required had to be begged for, and proof furnished of “the purpose for which we intended the article”.

One day I found myself wondering just exactly what I could do on the other side of the Channel, with 30 shillings in my pocket and, no possibility of work. What would our life be worth to us? Personal freedom, without the right to work and to justify one’s existence, is not worth the price we should have to pay in a life of beggary. 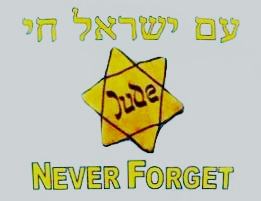 Had we had children we might have attempted it, for their sake, but for ourselves, no! A life of vegetation is no life at all.

And so we came to the resolve that we would rather take leave of life than depart from Germany.

We did not find it hard. For 47 years I have travelled in the heights and in the valleys which life offers and now am rather happy again at the prospect of once more beginning anew….’