Makor Rishon did a story on Palestinians who are counted by the Palestinian Authority as residents – but who really aren’t. 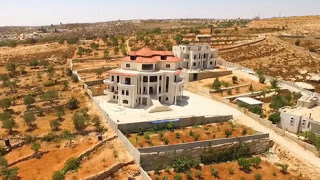 Reporters went to Palestinian villages and found that in many of them, many or most residents – even those who own huge mansions – have relocated to the US or Latin America, and at best visit once a year. Towns are half-empty, with homeowners hiring caretakers for their houses to stop squatters from taking them over.

A lot of Palestinians marry unsuspecting American women to get citizenship. One local said, “Many young Palestinians want to get married to get a visa. They do not care if the woman is ugly, fat or stupid – especially when they get a green card and US citizenship. After they reach the United States, they leave the same girls and move on.”

Hundreds of thousands of Palestinians who live abroad have no intention of ever returning, except for some token visits to instill in their children the idea that they are still Palestinian. Some of the pretend citizens are already in the second generation of those who left.

No one is counting the number of Palestinians who leave and don’t come back. Israel does not even count the number of Arabs in Area C, under its control, and that number has been exaggerated by the media trying to pretend that hundreds of thousands of Palestinians are suffering under Israel’s control.

The reporters looked at the other side, of how many people the Palestinians claim to have under their control. Israel depends on the PA’s numbers. And there is no way to know how accurate they are.

Today, the Palestinian authority claims 2.9 million people live in the West Bank, but Israel’s Civil Authority said that the number was 1.8 million in 1997, which makes the increase impossibly high.

Demographer Sergio DellaPergola estimates that the PA is exaggerating the number of residents in the West Bank by a half million. And he is one of the more conservative demographers, arguing with others who claim that Palestinians exaggerate their numbers by much higher amounts.