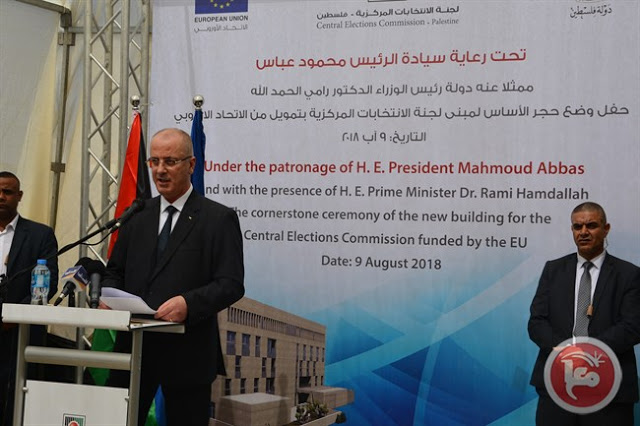 Why haven’t there been any presidential or parliamentary elections in the Palestinian territories since 2006?

Apparently, because the Central Elections Commission needed a new headquarters!

That seems to be the logic behind a ceremony held today in Ramallah where the cornerstone for a new 7,500-square-meter, seven-story building meant to house the Palestinian Authority Central Elections Commission.

The EU is funding the construction to the tune of  €5 million.

European Union Representative Ralf Tarraf said in his speech at the ceremony that the EU was a proud partner of the Central Elections Commission. “We support the Central Elections Commission in its efforts to promote democracy in Palestine. The EU believes that enhancing Palestinian participation in the electoral process is important to ensure respect for fundamental rights.”

How a new building will encourage Mahmoud Abbas, the current dictator for life of the Palestinian Authority, to hold new elections is a mystery.

Even Abbas’ election in 2005 had nothing to do with democracy. The Palestinian Authority is not the supreme political body for the Palestinians – it reports to the PLO, which Abbas heads as well. Palestinians do not elect the leaders of the PLO.

Rami Hamdallah, who also spoke at this ceremony, has very little power compared to most other prime ministers. Mahmoud Abbas controls the PLO, the Fatah movement and also the Palestinian Authority via his presidency which has been illegal for years.

The EU chooses to ignore this history and these facts, and wastes millions of Euros on symbols of democracy where there is no democracy, and no hope for democracy.

Here is an infographic I made in 2013, still pretty accurate, describing how Abbas controls the entire political process and how little the PA has to do with anything. 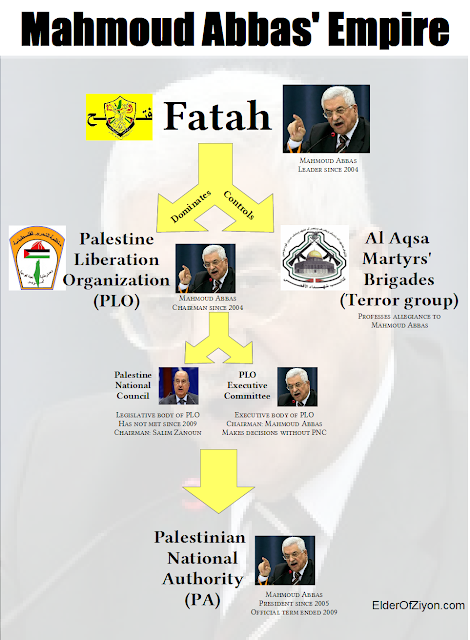