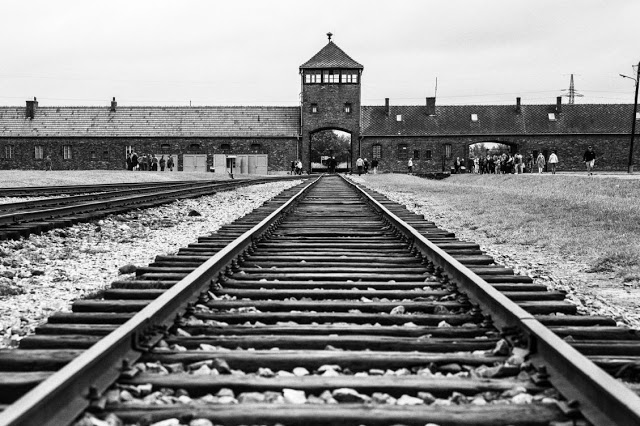 An op-ed in Al Hayat al Jadida, the official newspaper of the Palestinian Authority, says:

The Israeli colonial state  is taking advantage of the 75th anniversary of the Holocaust in Europe during World War II to accuse Palestinians of being anti-semites  when in fact it is the Arabs, including the Palestinian people, who are Semites, and they are afflicted by Zionist antisemitism, which  the Israeli colonial state implements using the tools of repression for more than seventy years since the Palestinian Nakba in the year 1948 and until this day.

And the Palestinian people, and with them all the Arabs, were and are still more in solidarity with the followers of the Jewish religion, who were subjected to the Holocaust in Europe in the 1940s, and which was led by the Hitler regime for its determination against millions of innocent people in Germany, Poland and other western and eastern European countries. Nevertheless, the Zionist movement, supported by all the evil forces in Europe and America, exploited the Holocaust against the Jews to implement the evacuation project at the expense of the Palestinian people, and the catastrophe of its people by expelling its sons from their motherland Palestine to the exiles, and did not respond to the implementation of the international partition resolution No. 181 issued in November 1947, her crime continued to occupy and control 78% of historic Palestine, and not only did that, but in 1967 it occupied all historic Palestine in addition to the Egyptian Sinai, the Syrian Golan, the Shebaa Farms and the Lebanese village of Ghajar. She claimed on all occasions that she wanted “peace.” But in reality, it tore up all the international legitimacy decisions related to the Arab-Zionist conflict, struck the foundations of the peace process references, and worked around the clock to criminalize Palestinian national rights and interests in full view of the world, and closed every horizon to avoid reaching an acceptable and possible political settlement determined by the agreements concluded between them and the leadership of the PLO, which made significant and unprecedented concessions by accepting the establishment of an independent and sovereign Palestinian state with East Jerusalem as its capital over the area of ​​land it occupied on June 5, 1967, which equals 22% of the area of ​​Palestine, and less than half of what is guaranteed by the Palestinian state partition resolution.

…[The Palestinians] are Semites, not Khazars, who are the Jews who came from Russia, Central Asia and the countries of Europe and other countries in the world….

This laundry list of lies is the official Palestinian narrative about Jews, Israel and the Holocaust.

Ten years ago Palestinians and Arabs routinely denied the Holocaust in their media. The publicity was bad and they mostly abandoned this argument.  Now they are just claiming to be the major victims of the Holocaust, that Jews aren’t really Jews, and that they were more supportive of Jews in Europe than Zionists were.

When one lie stops getting traction, there are always ten more that can take its place.

This article was also published in other Arabic newspapers. As always, there is not a single Arab in official media who is publicly disagreeing with the lies.


“Arabs should use Holocaust as a political weapon” (2010)