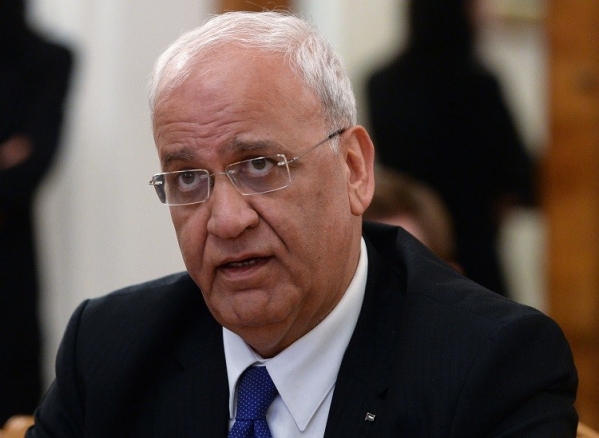 At first glance, this greeting for the Jewish New Year by PLO negotiator Saeb Erekat seems to be a nice gesture:

But notice is wording. He is not wishing a happy New Year to Jews or the Jewish people, but to “all those who follow the Jewish faith.”
Because the official position of the PLO is that there is no such thing as a Jewish people. In the PLO’s own words:

According to the PLO, Judaism is merely a religion, because to admit the truth that Jews are a people implies that Jews have a right to a land like all other peoples – and the Jewish claim to their land predates the Arab claim, making it stronger than the flimsy Palestinian claim as a recently created “people.”

Denying that the Jews are a people is antisemitic.

So even something meant to be as innocent as a greeting to Jews is a subtle attempt to deny Jews their historic connection to the land, a connection that is mentioned countless times in the high holiday prayers.