The name Fishel Benkhald (Khalid)  is familiar to those who have been following his campaign to have his identity as a Jew recognised by Pakistan. Now, writing in the Daily Times,  he has set himself another challenge: to get the law changed so that he can visit Jerusalem. His Pakistani passport bans him from visiting the country. However, Israel would not consider his visit illegal, as long as he obtains a visa. Point of No Return’s advice  to Fishel is to break his journey in one of the following countries with an Israeli diplomatic mission: Baku, Azerbaijan; Nairobi, Kenya; Yangon, Myanmar; Accra, Ghana, and  Kathmandu, Nepal. 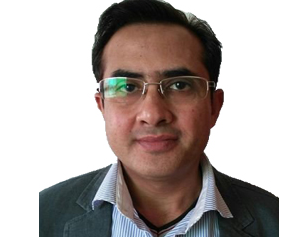 I am stuck in a real life conundrum. Being a practicing Jewish man, I want the freedom to perform my religious duties, a right granted to me and other minorities in the country by the constitution. However, the reality is that my Pakistani passport states that ‘this passport is valid for all countries of the world, except Israel’. As per the constitution, every citizen has the right to practice their religion, including religious pilgrimages. How then, can the state be justified in prohibiting not only Jews, but Pakistani Christians, Messianic Jews, and even Muslims from travelling to Jerusalem? This self-conflicting sentence on our passports is flawed and inconsistent with our constitution, and it is time to challenge this archaic law.

All I simply want is to invoke my given constitutional right to perform a religious pilgrimage without having the threat of criminal persecution from the state of Pakistan hanging over my head. This is a flaw in the laws that govern the state of minorities in the country and it specifically discriminates against the small community of Jews, Christians and Muslims that want to observe their rights.

I want to observe the Passover (Pesach) Seder in Jerusalem next year in April, and as the situation stands at the moment, I am unable to do so. But we need to realize that even though laws are not meant to be broken, they are supposed to evolve, so that any flaws can be ironed out over time. If the lawmakers today realize how the law banning Pakistanis from travelling to Israel, despite their desire to just perform a religious pilgrimage, is contradictory to the rights highlighted in the constitution, then I implore them to amend the laws accordingly.