A senior cleric in Iran has once again threatened Tel Aviv with destruction, while on Thursday, October 11, the Islamic Revolution Guards Corps Chief Commander has also claimed that “Israel is near its end”.

“Iran is going to stand side by side the Lebanese Hezbollah until Israel is totally annihilated“, IRGC Major General Mohammad Ali Jafari said, adding, “If Iran is threatened outside its borders, Tehran would not hesitate to retaliate extraterritorially.”

Tehran’s temporary Friday Prayer Leader, Ayatollah Ahmad Khatami also warned on Thursday, “Washington should know that If it makes a wrong move and pushes Israel and Saudi Arabia towards a war with Iran, Tel Aviv will be levelled to the ground.”

Khatami, who was speaking in Bojnourd, northeastern Iran, maintained, “Our long range missiles are supporting our resistance and, what has made our fists powerful, are these missiles.” Khatami is a hardliner, often repeating what the Supreme Leader Ali Khamenei says.

Echoing the cleric’s comments, Maj. Gen. Jafari vowed that IRGC is standing firm and resolved until the “total annihilation of the Zionist regime, the origin of corruption and destruction“.

Usually the Iranian threats are tempered with “If we are attacked first” or something like that. Now it seems they are just threatening Israel in general. 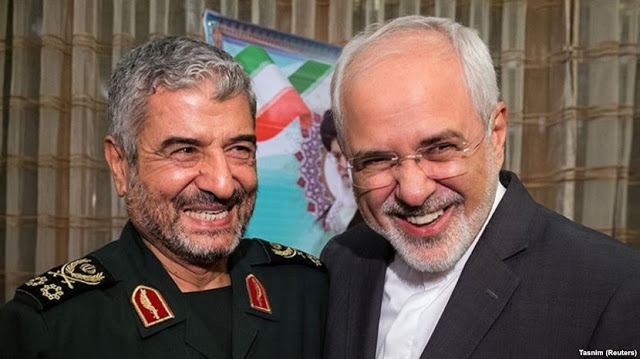 Iran’s obsession with Israel is so deep that a cleric said that a major pilgrimage to a Shiite holy place in Iraq is a symbolic act against Israel, somehow.

Ayatollah Nouri-Hamadani said of the Arba’in pilgrimage, “The passionate ‎movement of the lovers of Imam al-Husayn and the thirty million-strong gathering of ‎pilgrims in Karbala is a manoeuvre of justice against the Zionist, Western and Arab arena of ‎falsehood.”‎