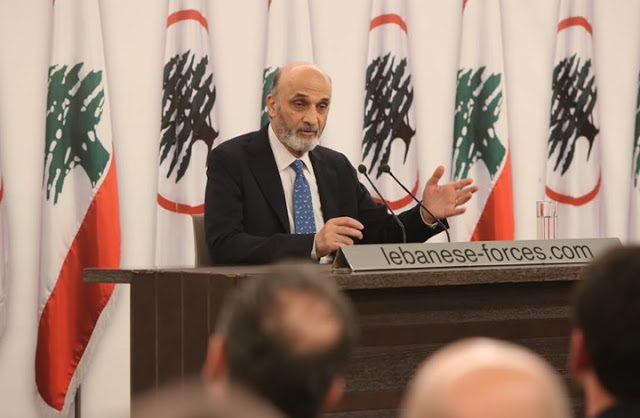 Samir Geagea, chairman of the Lebanese Forces Party, called to impose a siege on Palestinian camps in Lebanon and to prevent Palestinians from entering and exiting the camps under the excuse of helping to contain the coronavirus.

As far as I can tell, no one in the camps has been diagnosed with the virus.

Geagea said in a speech from his party’s headquarters in Ma’arab on Friday, “It is necessary to announce measures against Palestinian camps and the Syrian presence in Lebanon, to close the camps, and refusing to allow anyone to enter and leave…”

Palestinian groups denounced his speech as a transparent means to attack the government while using them as pawns. An official from the PLO in Lebanon said, not inaccurately, that Geagea’s words were “racist statements that are repugnant, rejected, condemned and incompatible with human values ​​and with human rights, and it is clear that Samir Geagea are trafficking in politics at the expense of the rights of the Palestinians to a decent human life in Lebanon.”