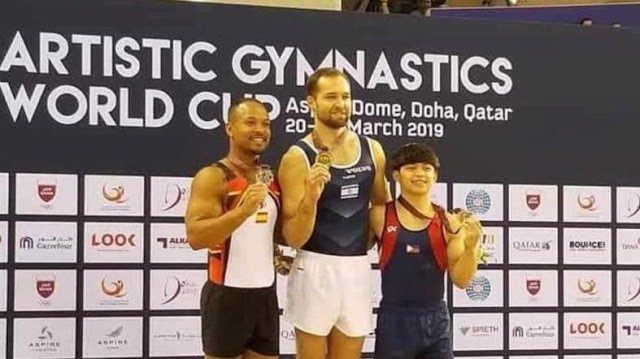 Al Arabiya, the Saudi-owned pan-Arab news site, tries to embarrass Qatar in this article about an Israeli athlete winning gold in a competition in Doha.

The World Gymnastics World Cup held in Doha has been largely ignored by Qatari media while the Israeli national anthem was played and the country’s flag raised following the gold medal win by Israeli athlete Alexander Shatilov.

A video of Shatilov receiving his gold medal while the “Hatikvah” was being played was shared by Israel’s Ministry of Foreign Affairs’ Twitter account in Arabic.

“Watch: the Israeli national anthem in Qatar… This is a great achievement for Israeli sports,” the tweet read.

The news that the Israeli national anthem would be played in an Arab country drew criticism on social media at the time, with many calling it a “declared normalization.”

Qatari news outlets have accused Saudi Arabia of normalizing ties with Israel. However, no official Israeli delegation has ever visited the Kingdom and there are no diplomatic relations between the two countries.

In August, UAE’s Minister of State for Foreign Affairs Anwar Gargash said that “Doha spreads and promotes normalization rumors about its neighbors while its contacts are documented and ongoing (with Israel).”

Old habits die hard, but the idea that one can shame a fellow Arab country by exposing that they have relations with Israel is becoming rapidly extinct, as every moderate Arab country is trying to get closer to Israel one way or another.