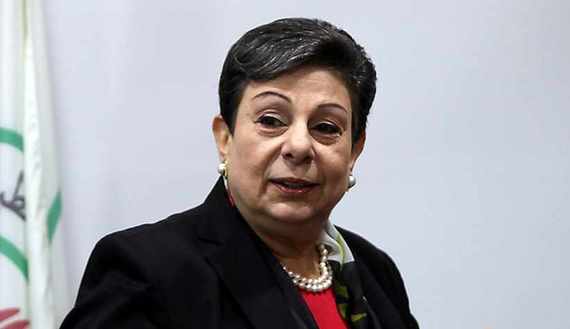 “Netanyahu’s call to disband UNRWA is the epitome of arrogance, particularly since Israel itself is responsible for creating the Palestinian refugee problem,” Said Ashrawi in a press statement issued on Thursday.

“It should not be permitted to defame or slander UNRWA which still remains a lifeline for millions of Palestinian refugees residing in Occupied Palestine, Jordan, Lebanon, and Syria, providing them with essential services, assistance and opportunities for work, growth and development.”

In other words, speech is only allowed when it adheres to Palestinian narrative. Otherwise, it should be banned.

That is how the supposed liberals of the Palestinian Arabs think.

Incidentally, these are exactly the kinds of “liberal values’ that UNRWA teaches in its schools as well.