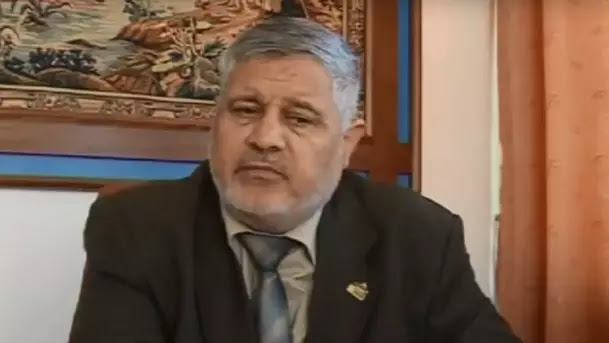 Senior Hamas official Ahmad Yousef wants the terror organization to reach out to anti-Zionist Jews of the world – and he has identified the Reform Jews of America as a prime target for his message.

Writing in Al Watan Voice, Yousef says that there were a significant number of anti-Zionist Jews in Europe before World War II who were targets of German security services in the 1920s and their names are now lost in the alleged Holocaust.

He then looks at America:

During the years of my stay in America for nearly two decades, I felt that there were great differences between the Jews of America when it came to the Palestinian issue. Yes, there are supporters of Israel who have been drinking the Zionist ideology and living and defending it through lobbies and political pressure groups such as AIPAC, , But there are also among the Reform Jews others, and they had positions in which they resisted the Zionist thought with its religious dimensions and inhuman practice.

Yousef says that Zionists brainwashed most Jews and it is time for Hamas to set the record straight.

He briefly goes through a litany of Arab lies, like saying that the only reason Jews emigrated from Arab countries to Israel was because Israel sent agents to incite acts of violence against them, and their Arab hosts had no animosity towards them.

Yousef admits that the “land of Palestine” is the historic incubator of Judaism, Christianity and Islam, but says that “anyone who reads history and anthropology knows that this land was Arab for five thousand years” beforehand.

“It is time to remove the bluff from the eyes of millions of Jews in Europe and America, and to get them out from under of the yoke of the Zionist fictions. The Palestinians are looking forward to a decent life in the land of parents and grandparents, and they see them in ending this conflict to restore rights to their people and openness to everything that constitutes security and stability and prosperity for all citizens of this blessed land, in formulations addressed by the ideas and proposals of Palestinian elites, such as a single state or a binational state,”  the Hamas official says.

And he sees a way to get the help Hamas wants towards the goal of a single Palestinian state with a Jewish minority, since Hamas can’t do it directly, as it is still recognized as a terror group in the West.

“There are many international and human rights organizations in the West that can play the role of mediator to break the barrier of suspicion and enter into a line of communication with the Jews of the world,” Yousef writes.

Hamas literally plans to use “human rights groups” to help destroy Israel. After all, they are already so antagonistic towards the Jewish state while their criticisms of Palestinian terror are muted at best. Of course Hamas sees them as allies. And he knows that liberal American Jews are ignorant enough to listen to these anti-Israel NGOs as a step towards pushing for a Palestinian state that would treat Jews exactly as well as every other Arab state has treated its Jews.

Notice also that Hamas’ stated goal of dividing Jews in America exactly mirrors that of J-Street.

The Hamas strategy is similar to that of Fatah and other pro-terror, anti-Israel groups. This is the more “pragmatic” face of Hamas, pretending to care about human rights – as long as those rights don’t extend to actual Jews and Jewish self-determination.