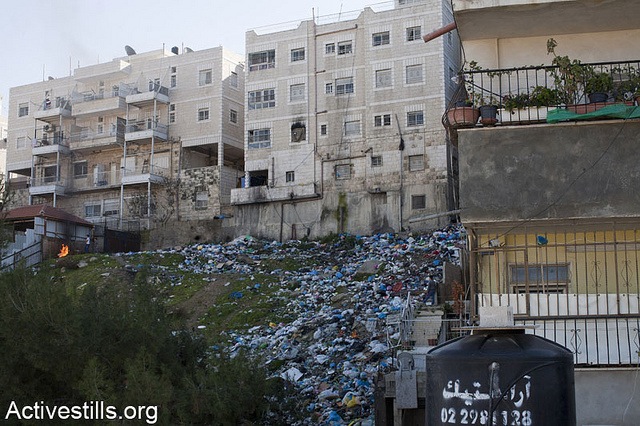 
The European Union Representative Office is directing the efforts of more than 300 Palestinian students in East Jerusalem to clean streets surrounding their schools in various locations throughout Jerusalem.

This initiative, entitled “Let’s Clean Jerusalem”, comes ahead of a broader activity that will be launched later in October as “Our Green City”.

The waste has been collected in eco-friendly bags, while the recyclable materials will be used in an upcoming event to create green artwork by the students who have collected it.

“I do not usually find a trash can nearby, so I end up dumping garbage in the street, but I think I’ll start by paying more attention and keeping it with me until I find a trash can,” said a St. George schoolteacher.

EU Representative Ralph Tarraf, who joined the students in Wadi al-Joz, said, “I am thrilled to be here today and I am witnessing these small hands cleaning the streets around their schools because they have the right to clean sidewalks and corridors. They need a healthy and balanced environment to realize their potential. We affirm our full support for them reaching their rights.”

Tarraf pointed out that the placement of waste in East Jerusalem, especially around schools, is alarming, as the EU and its member states reaffirm their position on the two-state solution, where East Jerusalem is the capital of a future Palestinian state. This capital needs to include high-quality and well-suited health measures for the emerging generation that hopes for lasting peace.

Even if the Jerusalem municipality doesn’t provide adequate sanitation services for parts of the city, the question must be asked:

If Palestinians love Jerusalem so much and regard it as their capital and as the third holiest city in Islam – why do they allow it to become a garbage dump to begin with? Why do they need Christian Europeans to help them clean up where they live?

Where is their own sense of pride of living in Jerusalem?

The last paragraph is quite accurate. The EU allocated €14.9 million this year for activities in East Jerusalem with a few goals in mind, the first of which is “to preserve the Palestinian character of the city.”  But again, if Arabs loved the city as much as they tell the world they do, then where are the Arab initiatives to do the same thing? I’ve seen only rare examples – and the most prominent Palestinian I ever saw who tirelessly tried to improve Jerusalem was murdered for his efforts and his death ignored by the Palestinian media and government.

But this isn’t the PLO or a Palestinian NGO or the Arab League or Saudi Arabia putting money into cleaning up Jerusalem. It is the EU. And this shows that Arabs and Muslims, despite their rhetoric, don’t care about Jerusalem – except to take it away from non-Muslims.

Which has been the Muslim attitude towards Jerusalem since the dawn of Islam.