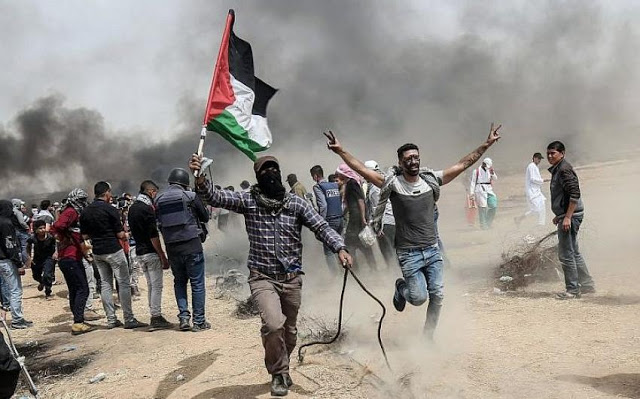 This week, for the second week in a row, there will be no Friday protests at the Gaza fence.

Three reasons were given.

The first reason is that Hamas is afraid that Israel will violate the terms of the cease-fire and shoot demonstrators, prompting Islamic Jihad to respond and lead to a new confrontation. They claim Israel would provoke such a crisis to help Netanyahu stay in office.

The second reason given was to allow time to resolve differences between Hamas and Islamic Jihad.

The third reason cited in the report is the Palestinians’ desire to examine border areas for any leftover explosives after the recent fighting.

In fact, the organizing committee for the “March of Return” has been discussing whether to reduce the number of protests altogether, perhaps cutting them back to once a month or only in response to specific incidents, rather than on Fridays.

The world has certainly lost interest in the protests over the past 18 months and the real point of them was always public relations. In the beginning, Hamas encouraged young men to act recklessly hoping that they would be killed as they tried to cut through the fence. Later Hamas agreed to scale back the protests, apparently because of an Israeli targeted killing of a senior Hamas figure in May in response to hundreds of rockets.The newer, low profile protests did not generate the same kinds of headlines. It looks like the mini-war last week was enough to prompt Hamas to re-evaluate the protest strategy altogether.