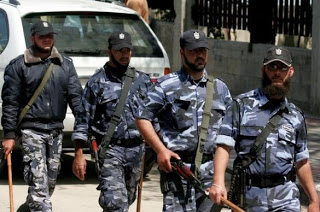 Fatah media reports that Hamas arrested five members of the Presidential Guard for “collaborating” with Palestinian Authority that it claims it is unified with.

The story goes on to accuse Hamas of building secret, underground prisons specifically for political opponents, where they routinely engage in torture. Some are in the basements of mosques which are soundproofed so that the residents nearby don’t hear the screams.

Fatah media is even less trustworthy than Hamas media, but the arrests and charges of torture are probably true.