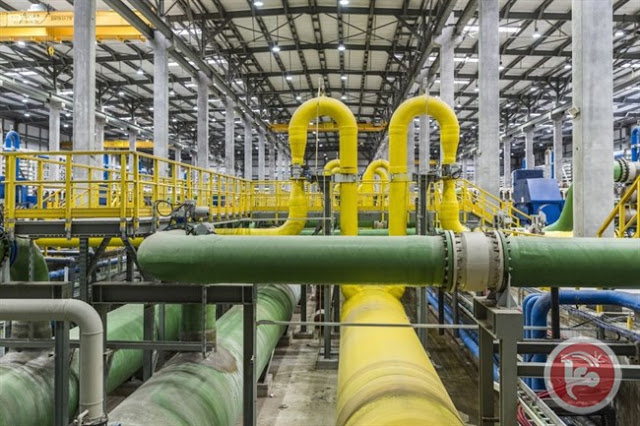 Ma’an last week published a story (in Arabic) about the obstacles to building a desalination plant on the Gaza coat to alleviate the severe water shortages there.

The governor of the central Gaza Strip, Abdullah Abu Samhadana, on Wednesday called on Hamas to overcome all obstacles to start work on the project to build the largest desalination plant in the Gaza Strip, describing the project as strategic.
“The importance of this project is that it serves 2 million Palestinians and delivers desalinated water to every house in the Gaza Strip,” Abu Samhadana said during an inspection tour conducted by the delegation of the Water Authority. The report comes in light of international reports that Gaza lacks drinking water.
He called on the media to shed light on this issue because of its importance and to use public opinion to exert pressure to accomplish this project.
He said that President Mahmoud Abbas had issued a presidential decree allocating 100 dunums of land west of the city of Khan Younis to establish an alternative power plant to operate the desalination plant in the light of the worsening electricity crisis, while the Hamas land authority in the Gaza Strip refuses to implement the decree.
He explained the importance of working to remove the obstacles that prevent the allocation of this land to establish the project to establish the station without delay.
He added that what prevents the start of work is the position of the Land Authority in Gaza on the grounds that the financiers see in the project all integrated and they refuse to start before overcoming all obstacles.
Abu Samhadana said the project would cost $ 600 million, and the national consensus government headed by Rami Hamdallah is continuing to communicate with financiers to keep this project a priority.

Notice what word is missing from this story? Israel. No one thinks for even a minute that Israel would block such an important project.
Hamas and the PA are fighting about where to build such a plant. If they could get past their differences, the donors would rush in to help. But Hamas doesn’t want the PA to run the project, and the terror group certainly cannot raise those sorts of funds itself (Iran pays Hamas to buy equipment to kill people, not to help people.)
Meanwhile, the PA itself is doing even more to hurt the residents of Gaza in order to assert its own authority. Both Hamas and the PA are eager to play with the lives of Gazans for their own political purposes.
Mahmoud Abbas even insulted those, like the US, who were against his cutting electricity to Gaza – endangering hospital patients and ordinary citizens.
Palestinian Arabs have been pawns since 1948, played by Arab leaders for their own selfish purposes. Why should their own leaders behave any differently? It isn’t like the world really cares about Palestinian lives unless Jews can be blamed.