A reader pointed out to me that when he did a Google Translate on Israelis, the autocomplete function returned with this: 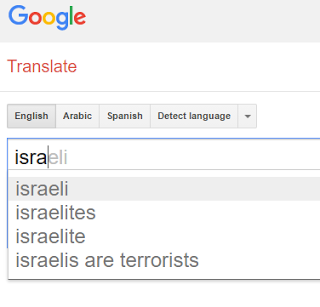 Since the tool learns what to guess based on the user input, I wondered what came up for other nationals when typing in “X are…”
A surprising number are terrorists. 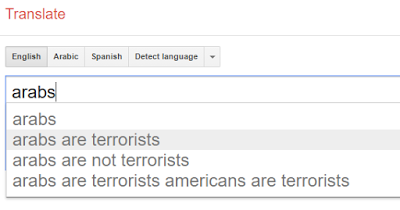 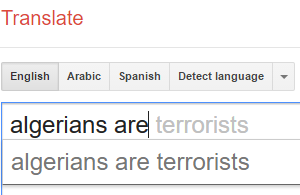 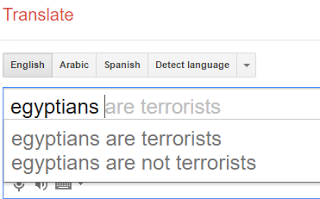 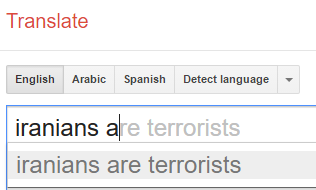 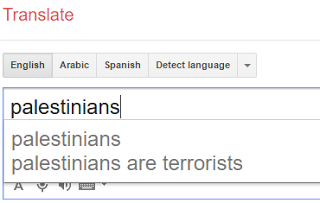 It didn’t work out that way for Jordanians or Lebanese or Saudis, which had no suggestions. But Canadians are apparently terrorists too according to users of the tool: 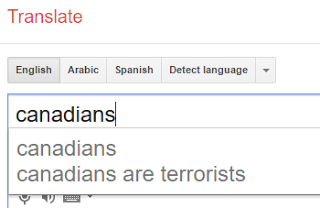 And the French (once you add the “The”) live up to their reputation. 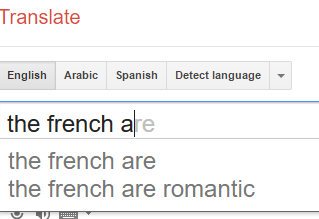 (Google does not change the suggestions based on the target language.)