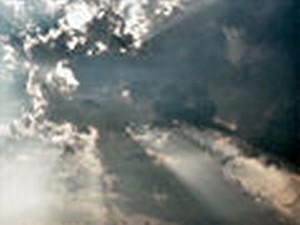 Heaven, July 18 – Supernal sources reported today that the almighty creator of existence itself has grown what in anthropomorphic terms would be described as tired of human vacillation regarding what He desires.
The LORD voiced His ongoing impatience in an interview this morning, expressing exasperation with mankind’s inability to arrive at a consistent thesis of the divine will and its implications for human behavior.
“By My Name, I do wish these people would make up their minds what I want,” mused YHWH. “They can’t seem to stick with an idea for more than a generation or two. This is not exactly the glorious realization of the potential of having made man in My image.”
God proceeded to list numerous occasions on which human understanding of the divine will shifted, indicating a pathetic grasp of what the divine attribute of eternity means.
“The development that stands out the most in this respect has got to be Christianity,” recalled the Eternal Father. “Couple ambition with a healthy dose of resentment, and voilà, suddenly everyone’s been wrong all these centuries about how to serve Me and bring redemption to the world. But of course there are plenty of smaller, more nuanced moments. Remember when there was a ‘divine right of kings’ to rule? Good times. That gave way to ‘consent of the governed’ and the like, of course with arguments both philosophical and theological to ‘prove’ what I wanted. Yeah, I’m definitely fickle that way. Eventually they’ll move on to something else – anarchism hasn’t seemed to catch on, for reasons obvious to anyone but anarchists, but of course they tend to shy away from acknowledging Me in the first place.”
The most annoying, as it were, aspect of this human foible, however, remains the phenomenon of different humans claiming special knowledge of the LORD’s thinking. “It’s an old problem,” acknowledged the Almighty. “False prophets exist in their way in every generation and society. At least the Rabbis of the Talmud and their predecessors – and to some extent, their modern disciples – understood that two seemingly contradictory things can hold true at the same time, depending on perspective, and that absolute truth and objectivity are My realm, not theirs. Not that anyone realizes that’s really what I want, judging from human rhetoric.”
He Who Spoke And The World Was Created added that despite what that preacher on Sunday morning TV broadcasts asserts, there is no divine desire for said preacher to obtain a private jet. Not that you’ll listen.