At a rally on Sunday for the far Right German “Der Rechte” party, people held signs saying, “Israel ist unser Unglück”, or “Israel is our misfortune!” – a direct and conscious retelling of the slogan of the Nazi Der Stürmer, “Die Juden sind unser Unglück!“, or “The Jews are Our Misfortune!” 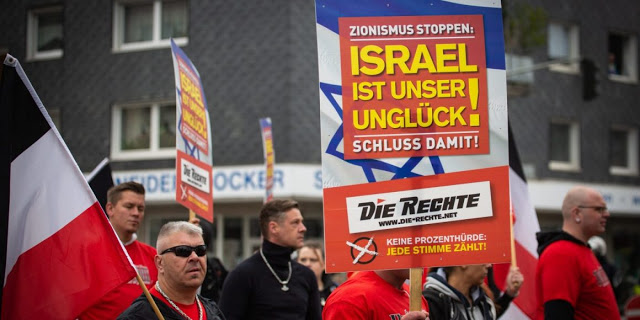 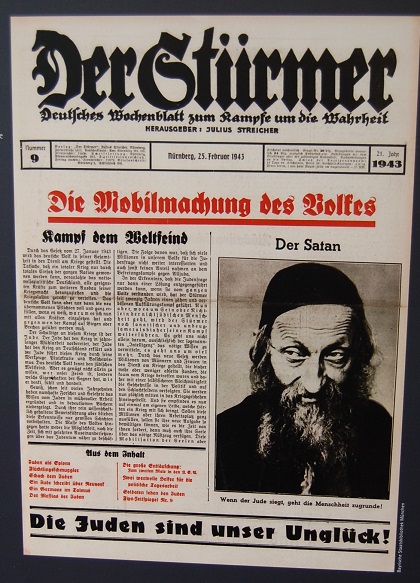 The Jewish community in Germany is understandably upset. Legal action is being taken and the issue is being reviewed.

The Federal Commissioner Felix Klein said: “Here is propaganda consciously linked to the National Socialists. Such propaganda against Jews and Israel must not be tolerated in our country. In my estimation, the police and regulatory laws of the federal states offer sufficient possibilities for municipalities to act against them. “

Amazingly, left-wing Jews and others still insist that the neo-Nazis are supporters of Israel and not supporters of BDS, like them.