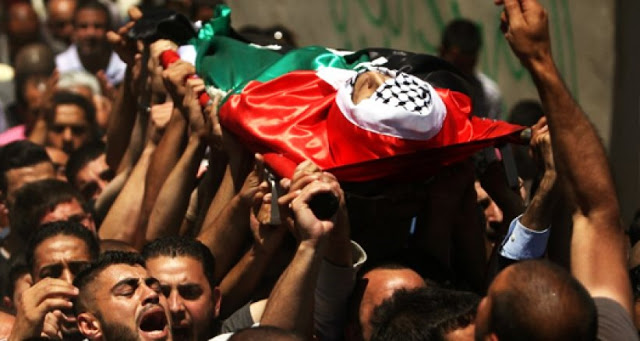 From Press TV; the story is widespread in Arab media:


A Palestinian boy has been shot and killed by Israeli forces in the town of Qararah near Khan Yunis, says a Palestinian official.

“Abdullah al-Naseef, 10, was killed by (Israeli) occupation fire close to his house in the Qararah municipality, near Khan Yunis,” said Ashraf al-Qudra, a spokesman for the Health Ministry in the besieged Gaza Strip on Wednesday.

According to eyewitness, the Israeli forces shot the child from a military base.

Only one problem: it is a lie. COGAT writes:

Abdallah Abu Nadif, 13-year-old boy from Alcarara in Gaza, was found dead yesterday evening as a result of a shooting that took place at a wedding in the area. The Palestinians are blaming Israel for this incident, but the truth is that the shooting did not come from the Israeli side. We send our condolences to the family for this unfortunate incident.

There have been lots of deaths and injuries from celebratory wedding gunfire over the years.