The Gaza Health Ministry issued a statement Sunday claiming that Israel’s “targeting  of pregnant women and embryos in their womb… reflects the extent of criminality and hostility to the meanings of life and requires clear and firm positions from UN institutions concerned with the protection of women and pregnant women.”

The ministry says that 25 people were killed in Gaza – and it includes two unborn children in their count. Three of those in their count were confirmed to have been killed by Gaza rockets, not Israel, and almost certainly other civilians were also killed by Hamas or Islamic Jihad as reports indicated some 90 rockets fell short in Gaza.

The idea that Israel is targeting pregnant women is obviously absurd. If it was shooting at Gaza indiscriminately, the percentage of civilians being killed would reflect Gaza’s actual demographics rather thanbeing heavily weighted towards men between 19 and 39: 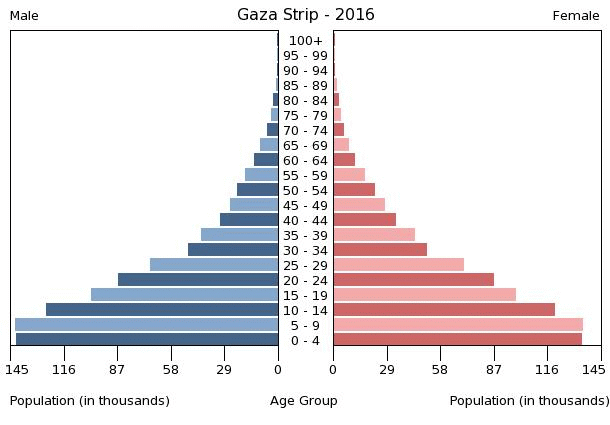 If Israel wanted to target civilians, there would be thousands dead from airstrikes, rather than hitting buildings emptied after warnings of residents to get out.

The Gaza Health Ministry is, of course, an arm of the terror group Hamas. Yet it is quoted by the media as if it is an accurate source.

Haaretz, in yet another example of journalistic malpractice, parroted the Gaza Health Ministry claims as accurate in a headline.

Reporters have been guilty of taking Hamas’ propaganda through the “health ministry” seriously for years.