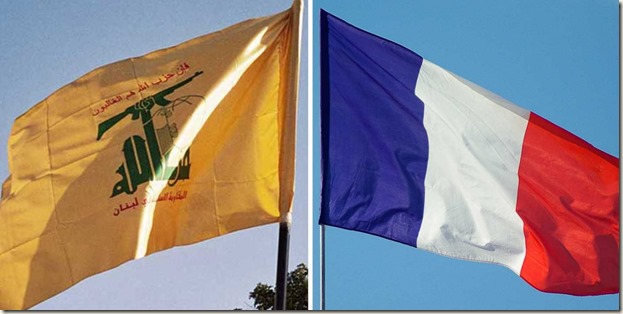 After the assassination of former Lebanese prime minister Rafic Hariri and 21 others in 2005, the UN set up a special tribunal to investigate the attack and to try the suspects behind it in absentia. The four people on trial are members of Hezbollah and the verdict is expected this week.

Reports say that France has assured Hezbollah that it will protect the terror group if it is found to be complicit in the terror attack.

France has reportedly conveyed “assurances” that the ruling in the murder trial of ex-PM Rafik Hariri will not be followed by international procedures against Hizbullah, and that France has played a major role to make that possible, al-Joumhouria daily reported on Monday.

Quoting diplomatic sources, the daily said: “Paris has assured Hizbullah that ruling in the assassination case of Hariri will not be followed by an international course or effects against the party, and that Paris has played a fundamental role in this field.”

The sources added that France has in return asked Hizbullah to show “lenient” positions and stop media campaigns against the Gulf States, reported al-Joumhouria.

According to the sources, Paris will also work to control the behaviour of Bahaa Hariri, the son of the slain ex-PM, so that anti-Hizbullah regional powers do not invest that in their own interest.

It added that the new French ambassador will continue the task of direct contact with Hizbullah, and an expert assistant will assist in this matter.

France and the EU only designate Hezbollah’s “military wing” to be a terror group, as if there is a magical wall between its terror and political components. That fiction is bad enough.

But to assure the group that it will be actively shielded from international censure by a major Western power is a clear message to the world that France actively supports the group.

In June, France’s ambassador to Israel Eric Danon said that France had no plans to follow Germany in designating all of Hezbollah as a terrorist organization. At the same time he said why France was against any Israeli moves to extend Israeli law over the territories: “France has always promoted a vision of international relations based on the rule of law and on negotiations, and not on unilateral actions,” he said.

Isn’t France telling Hezbollah ahead of the verdict that it will defend it from censure by other nations a unilateral action, not based on negotiations with the other nations?